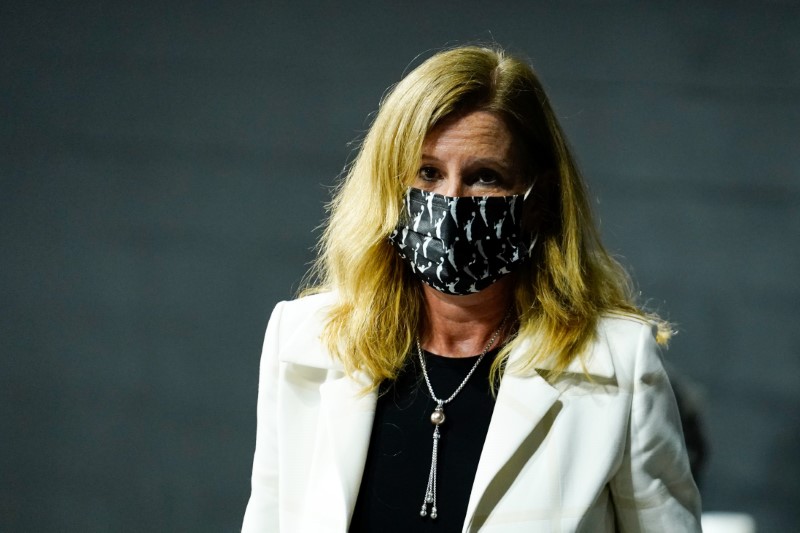 (Reuters) – The Women’s National Basketball Association (WNBA) is emerging stronger than before from its quarantined season, Commissioner Cathy Engelbert said on Thursday, as the league completes a truncated schedule away from its loyal fans.

The Las Vegas Aces and the Seattle Storm face off in the WNBA Finals starting on Friday, in a best-of-five championship series inside the league’s Bradenton, Florida, campus where players gathered in July to live and compete in a quarantined setting due to the coronavirus pandemic.

There were no COVID-19 positives among players and team staff, Engelbert told reporters on Thursday, as the league built on the momentum it set in motion in January, with the ratification of a landmark collective bargaining agreement to dramatically increase player pay.

“It was not easy, and there’s no doubt in my mind, and hopefully the players’ minds, that it was 100 percent worth it,” said Engelbert, who applauded players for their leadership in advocating racial justice in the United States.

“We are stronger, a stronger community, and the players have a louder and stronger voice,” she said. “This may prove the ability to lead during difficult times.”

The WNBA’s opening day attracted its most viewers in eight years as an average of 539,000 watched the Los Angeles Sparks and Phoenix Mercury.

Forward A’ja Wilson, the league MVP who led in blocks and averaged 20.5 points per game during the regular season, leads the Las Vegas Aces into the WNBA Finals after losing in the 2019 semi-finals to eventual champions the Washington Mystics.

The Aces will be without back-to-back WNBA Sixth Woman of the Year winner Dearica Hamby, who suffered a knee injury last week, after putting up the third-best three-point percentage during the regular season.

The Seattle Storm, which welcomed back 11-times All-Star point guard Sue Bird and 2018 MVP Breanna Stewart this season after both missed all of 2019 with injuries, are gunning for a fourth WNBA title.