: What millions of Americans have in common with Seth Rogen and his wife: Caregiving 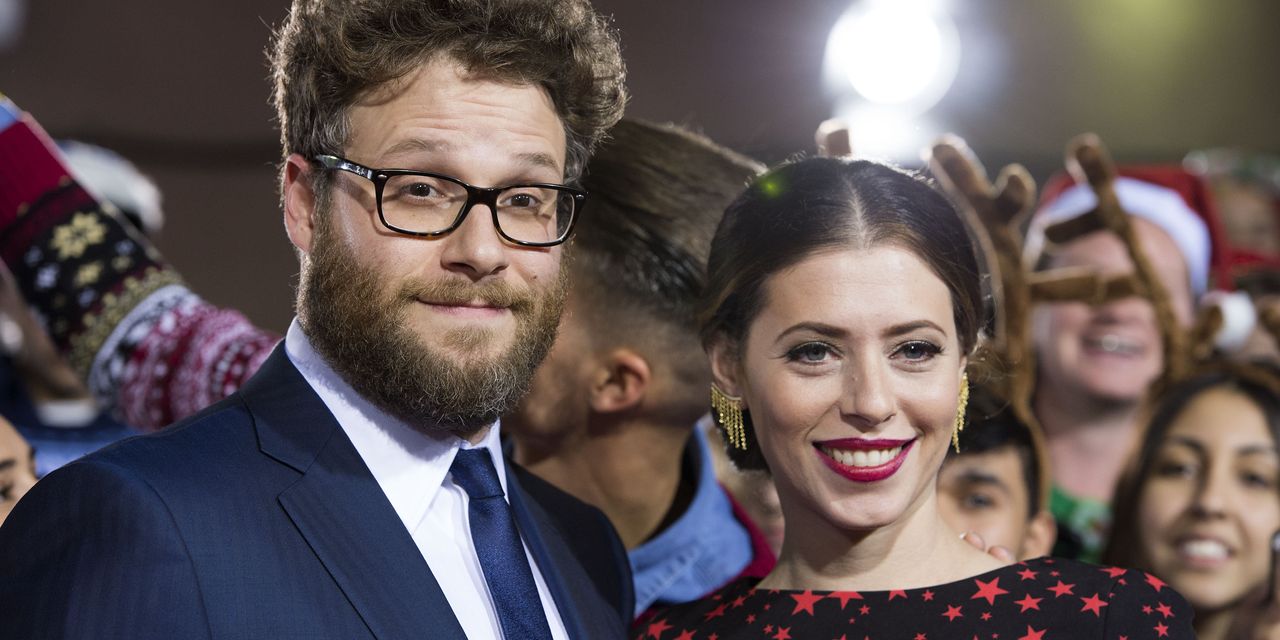 A previous version of this story incorrectly identified Lauren Miller Rogen’s father as also having Alzheimer’s. Her mother’s parents and her mother had Alzheimer’s.

When actor Seth Rogen first started dating his wife 15 years ago, they had an unusual challenge most new couples don’t face: acting as caregivers for their loved ones with Alzheimer’s.

The two were in their early 20s when they became a couple. It was right around the time Lauren Miller Rogen, who is a film writer and director, realized her mother was exhibiting the beginning symptoms of early-onset Alzheimer’s.

Rogen is known for his comedy, such as in movies “Knocked Up” and “Neighbors,” but he has taken a serious role as a supporter and fundraiser for this cognitive disease.  “Another thing I didn’t realize until I was personally affected was the shame and stigma associated with this disease,” he said in a 2014 Senate hearing. “It was before I was born, but I’m told of a time when cancer had a stigma people were ashamed by.”

Caregiving is evolving, thanks to the coronavirus. Relatives are trying their best to care for their elderly loved ones from afar, and some have had to make difficult decisions about where these family members go for medical attention or around-the-clock care. Nursing homes have suffered during the pandemic, especially considering older Americans are one of the groups more vulnerable to COVID-19.

Already, 53 million Americans are acting as caregivers to their loved ones — a figure that has grown more than 20% in the last five years, according to a report shared by the National Alliance for Caregiving and AARP. These volunteers spend nearly 24 hours a week providing care, and do so even when facing their own medical or financial challenges. One in five people provide care for more than 41 hours a week, which is just about as many hours as a full-time worker spends at her job.

See: This overworked group is burning out from COVID-19: Family caregivers

In honor of these caregivers, many of whom take this job on no matter what the circumstances, the Stanford Center on Longevity launched its first podcast called “When I’m 64

Ken Stern, the host of “When I’m 64,” spoke with MarketWatch about the misconceptions around caregiving, what these family members need and how they could be helped in the future.

MarketWatch: Why is caregiving the topic of this podcast?

Ken Stern: During the pandemic, we became increasingly aware of the challenges around caregiving. It’s usually a harder job to begin with and there’s not a lot of support for it, and that job got harder during the pandemic, especially to care for an elderly loved one. So when we were looking at the topic of caregiving, we realized the massive social challenges and massive family challenges. We can do our part by telling stories of caregivers and providing a source of inspiration and ideas for the millions of people dealing with this every day.

MW: What are some of the misconceptions about caregiving and how does the podcast address them?

Stern: One of the episodes of the podcast I recommend is with Libby Brittain on Generation Z. One of the misconceptions is that caregivers are middle-aged or older and that is certainly a decent description but 25% of caregivers are millennials and Gen Z. They’re starting their careers, balancing life and work.

MW: Have you seen any common threads about caregiving in these episodes so far?

Stern: There’s certainly the sense of loneliness. There aren’t enough resources out there to support you and one of the challenges of caregiving is they find themselves caregivers without planning for it. There’s this sense of being thrown into it without notice or expectation, especially young caregivers. The other thing you hear is that for a lot of people, it takes a long time to acknowledge that they are caregivers. Some people reacted negatively to being a caregiver, saying things like “I’m a daughter, I’m caring for my mom.” It took a couple of years to say “Hey, I am actually a caregiver and need to think of myself as that.”

Also see: Not expecting to be a caregiver? You’d better check that with your parents

MW: There is an episode with the actor Seth Rogen. Can you talk a little bit about what he and his wife had to say?

Stern: His story starts with his wife, Lauren. So the beginning of their relationship was centered around the realization that the mother was developing Alzheimer’s. It’s an extraordinary story.

MW: How can caregivers take care of themselves, and why should they?

Stern: Caregivers have big challenges — they have financial challenges, health challenges, and a lot of them report they have depression themselves. It actually is a little bit of an epidemic in terms of needing mental and physical help for caregivers. If caregivers are falling apart, that’s not good for anyone. One of the hardest things is that there’s no social support for caregivers and as people live longer, those challenges will increase. There is no broader American plan for helping caregivers, and in this pandemic, companies are starting to talk about that, such as giving time off for these reasons. It is an extraordinary first step forward, but it is just the first step forward.

MW: How has caregiving changed during the pandemic?

Stern: How do you give care to someone you can’t physically be present for? We talked to John Stagliano, a caregiver, on the podcast, who has both parents in their 80s. They came down with COVID and sheltered in place. They didn’t want to go to the hospital because they feared the hospital so he moved down from his home to be near them and did everything remotely. He video chatted with them, dropped things at their door, and tried to coordinate telemedicine.

MW: What have we learned from or for caregiving in the midst of this pandemic?

Stern: We learned it is hard and getting harder. We learned that technology can make a difference. Like John’s parents, they did everything by telemedicine. Things with technology will help but what you hear from Steve Cole from UCLA in another episode with Laura Carstensen from Stanford is how important human connections are.

To put it in broader context, the number of people who are caregivers is 53 million. Pandemic aside, people are living longer, so it is raising questions about caregiving. There is no American solution. This is a challenge that will only increase in the future and will only get harder, so we should be talking about it.