What is a poll watcher and who’s allowed to be one on Election Day? Not just anyone 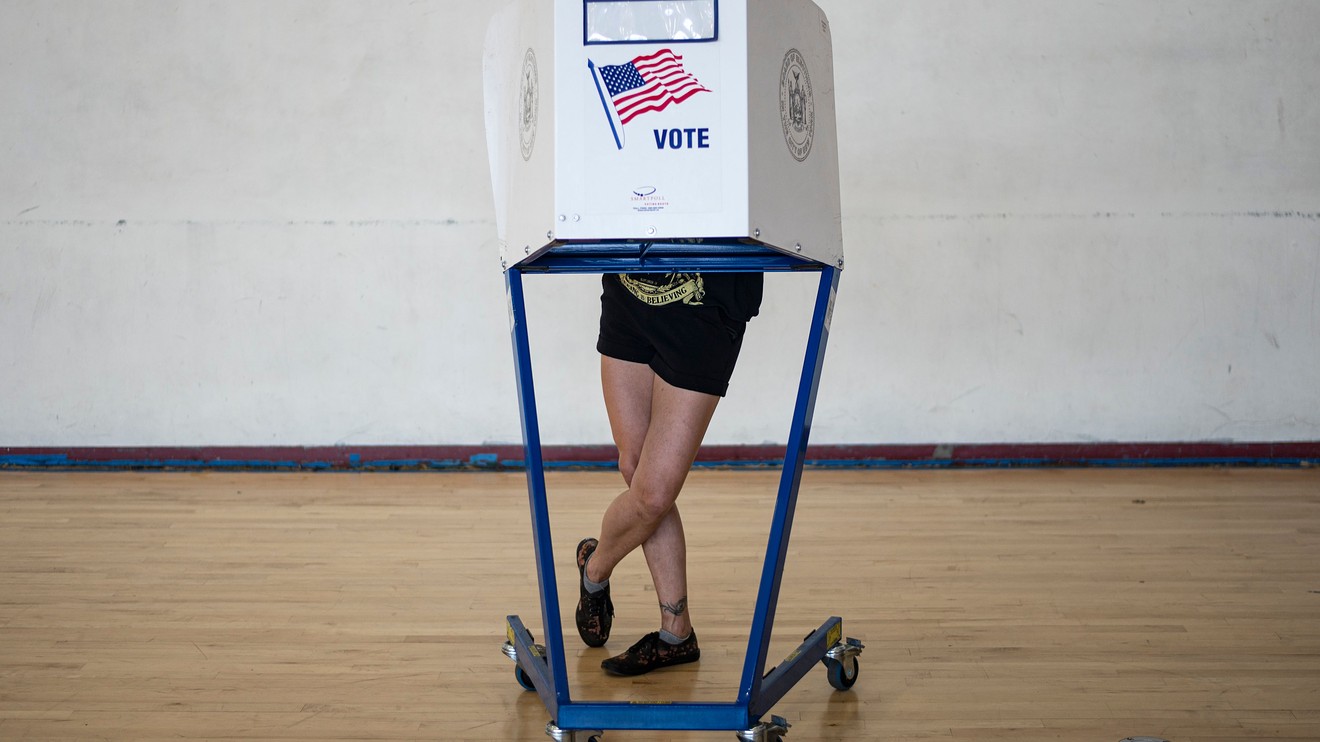 The first presidential debate was full of cross talk, incomplete answers and unfinished statements, but President Donald Trump made one thing clear: he wants his backers keeping a close eye on polling places.

“I’m urging my supporters to go into the polls and watch very carefully because that’s what has to happen,” he said.

More than a week earlier, the president’s son, Donald Trump, Jr. asked in a campaign video for re-election supporters to join the “army for Trump’s election security operation.”

“We need you to help us watch them, not just on Election Day, but also during early voting and at the counting boards,” Trump, Jr. said.

State laws across the country allow designated poll watchers at voting sites. They are typically appointed by candidates, political parties or political action committees, and their primary purpose “is to ensure that their party has a fair chance of winning an election,” according to the National Conference of State Legislatures. In some states, poll watchers are allowed to challenge a voter’s eligibility to vote.

Trump’s critics, like Pennsylvania Attorney Josh Shapiro, said the president’s debate comments were a coded call for crowds to scare away specific groups of voters. “This is about bringing people into Black and brown communities to try and intimidate them,” Shapiro, a Democrat in a swing state, said Wednesday on MSNBC.

Steve Simon, the Secretary of State in Minnesota, another swing state, told Axios he had logistical worries. “I fear his supporters will take it upon themselves to mobilize large numbers to go to the polls” in order to watch operations, he said.

“The President’s Campaign, like all Democrat and Republican campaigns, are recruiting election workers and observers to help out on Election Day,” said Justin Clark, deputy campaign manager, in Trump’s re-election bid. “This isn’t about intimidation but about transparency in the election process. Anything to the contrary is just demagoguery.”

So what’s bona fide “poll watching” and who gets to do it? Here’s a look:

The difference between poll workers and poll watchers

Poll workers are volunteers performing roles such as checking in voters, directing them to the ballot booth and generally trying to make Election Day operations run smoothly.

Poll watchers are typically political party or candidate appointees who serve as the eyes and ears to ensure there are no problems at their assigned polling place. Organizations for or against ballot questions can also appoint poll watchers, according to the National Conference of State Legislatures. The same organization notes many states, but not all, say parties only get one designated watcher at a site.

Poll workers are usually paid (and the pay can reach $350 and higher). If poll watchers make money, election law experts say that’s between the watcher and the political party or candidate’s group that appoints them.

“
A poll watcher could be watching out for complaints about voting machine problems, turned away voters or too many ballots handed to one voter. But varying state laws govern what they can say and do about any perceived problem.
”

The designated watchers can be on the lookout for things like complaints about voting machine glitches, voters being turned away or too many ballots being handed to a voter. In some states, they are allowed to challenge someone’s attempt to vote, perhaps by raising questions about they are a local resident.

Varying state laws set different rules on what watchers can do about perceived problems, who they can talk to and even where they can be inside the polling place so as not to be an interference.

In many states, names of appointed poll watchers must be sent over to officials ahead of Election Day so poll workers know who to expect will be coming in as a designated poll watcher.

“
‘The role of the poll watcher is a really valuable and important part of the democratic process’ … But without rules, ‘transparency can get really out of hand, really quickly.’
”

Laws allow poll watchers so the public has “structured transparency,” according to Rebecca Green, an election law professor at the College of William & Mary. This lets outside observers make sure voting rules are followed, all while providing an orderly election, Green said.

“The role of the poll watcher is a really valuable and important part of the democratic process,” she said. But without rules in place, “transparency can get really out of hand, really quickly.”

Can I just show up and watch what’s happening at a poll site?

No you can’t. First off, there’s a need for an orderly process, said Steven Huefner, an election law professor at Ohio State University.

But it’s also related to laws barring political demonstrations too close to polling sites and laws forbidding party materials inside polling sites, he said. “We have a lot of controls on polling places that are intended to protect each voter’s ability to cast a free and independent vote,” Huefner said.

Actually, Wisconsin’s laws let any member of the public show up at a polling site to be a poll watcher, Green noted. But the law gives election officials the power to cordon them to a certain spot and throw them out if they are disruptive. “Wisconsin is an outlier in its openness,” Green said.

Wisconsin happens to be a 2020 battle ground state. Trump won the state in 2016. Polls aggregated at RealClearPolitics.com show he is currently trailing Biden in the state.

Earlier that day, the city opened satellite election offices so people could request, fill out and submit mail ballots. The offices, however, aren’t traditional polling sites and the state of Pennsylvania only allows poll observation on Election Day, according to the Philadelphia Inquirer.

See also:4 common mistakes that could get your mail-in ballot rejected — and how to make sure your vote is counted

The state hasn’t any certified poll watchers, but it will before Nov. 3, the media outlet noted. Forty states have a formal accreditation process for poll watchers, according to the National Conference on State Legislatures.

In one instance, a woman arrived at a Philadelphia satellite office, reportedly saying she was a poll watcher for the Trump campaign. An office supervisor said she could not be inside unless she wanted to personally use the office’s service, the Inquirer said.

The Trump campaign on Thursday sued the city over its rules against poll watchers at the satellite offices, the Associated Press reported.

Poll watching laws aren’t new, but the 2020 race has thrust them into a new context.

After a 1981 New Jersey gubernatorial race, the Republican National Committee and the state’s GOP committee entered into a consent decree in federal court under which they agreed let a judge review any “ballot security” initiatives.

The 1982 consent decree followed a close Republican win where members of a “national ballot security task force” linked to the GOP committees demanded voter registration cards from minority voters and chased some voters from the polls. The decree lapsed in 2018.

The lengthy period before the expiration “ought to have given everybody ample time to develop appropriate patterns and practices, and habits for how we watch the polls. My hope is we don’t see a return of intimidation tactics.”

Without the decree in effect, Huefner said he is “a little more nervous about what might occur.”