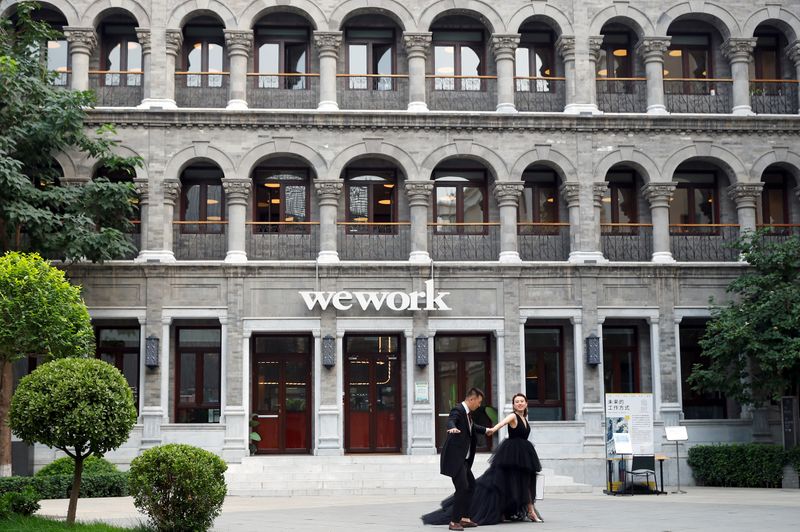 © Reuters. The outbreak of the coronavirus disease (COVID-19), in Beijing

Private equity firm Trustbridge and Singapore state investor Temasek Holdings had held talks with the Chinese unit of the troubled co-working startup over increasing their stake in the company to take majority ownership, Reuters reported in January.

The latest fundraise was led by Trustbridge, WeWork said.

The New York-based startup said last month it had slashed its cash burn rate almost in half from the end of last year and obtained a $1.1 billion commitment in new financing from SoftBank Group Corp (T:).

The company shelved its initial public offering in 2019 after investors grew wary of its losses, business model and corporate governance, further leading to the resignation of co-founder and former chief executive officer Adam Neumann.

WeWork has since undergone an enormous management shake-up and remains enmeshed in lawsuits over a $3 billion tender offer to existing shareholders.