Want to be a poll worker in the 2020 election? Read this before applying to become ‘a front line customer service face of our democracy’ 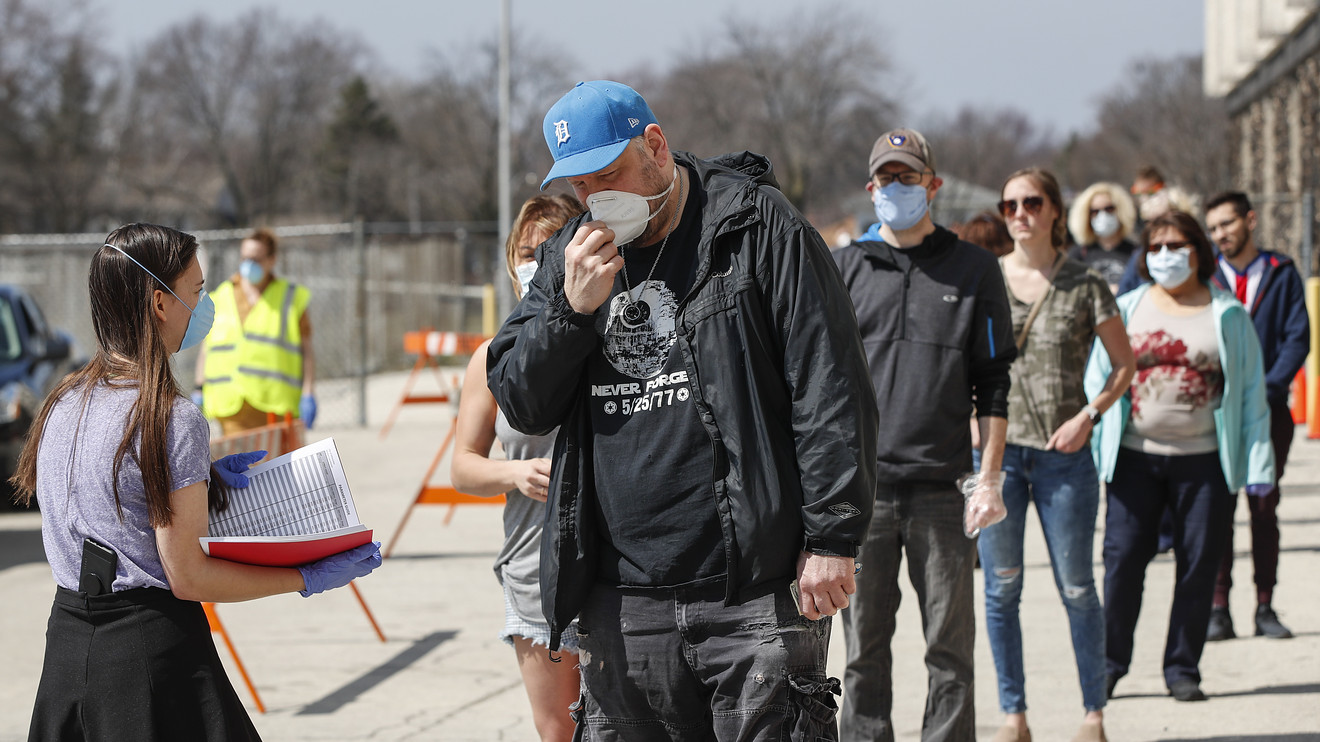 Election Day is just weeks away and America could be short on poll workers, voting experts say — but they emphasize that there’s still time for volunteers to fill the ranks.

They hope you’ll give the idea some serious thought.

“
‘Poll workers are the front-line custom service face of our democracy. … You’ve got the ability to make a difference in your community, make a positive impact.’
”

“Poll workers are the front-line custom service face of our democracy,” said Benjamin Hovland, chairman of the U.S. Election Assistance Commission, who’s volunteered for poll work 10 to 15 times himself. “You’ve got the ability to make a difference in your community, make a positive impact.”

President Donald Trump and Democratic challenger Joe Biden are locked in a tight race, even as certain polls and pundits give Biden an edge.

But volunteering isn’t about pushing for one side to prevail, added Hovland, who leads the bipartisan federal agency responsible for distributing $1.2 billion for election administration over the past several years. “It’s just about having the process work and having a positive experience.”

The coronavirus pandemic is putting that process to the test this year.

“
In the 2016 election, more than half of all poll workers were age 61 and above, statistics show.
”

When Trump won in 2016, almost 920,000 poll workers — many of them senior citizens — supervised ballot boxes and staffed polling places across the country, according to the U.S. Election Assistance Commission.

Almost 32% of poll workers in that election were between the age of 61 and 70 and another 24% were above age 71, the independent, bipartisan commission said.

Four years later, in the midst of the pandemic that puts people in their 60s and older especially at risk, organizations such as Power the Polls and The Poll Hero Project are sprouting up to turn younger people into poll working-volunteers.

“
‘I am so encouraged by how people are answering the call.’
”

“We are in better place than we were a couple months ago,” Hovland said, but he didn’t want to guess how many more people were needed. Some counties may be fully staffed by now while others are still looking, he said.

“The target goal is probably pretty close to the 2016 number, but, again, I think there’s a difference between optimal and what you can do.”

The amount of poll workers lined up now is “not actually a knowable number at this point in time,” according to Myrna Perez, director of the Voting Rights and Elections Program at New York University School of Law’s Brennan Center for Justice. Volunteer numbers are collected in local jurisdictions and the staffing goals can be based on best guesses and projections, she noted.

At least anecdotally, Perez has seen a lot of enthusiasm for poll work this year. “I am so encouraged by how people are answering the call.”

Who can be a poll worker?

Poll worker requirements can vary, but there are some common themes. In many states, you need to be a registered voter, which means you need to be at least 18. Yet some states allow high schoolers to work as well, Perez noted.

Some states may also ask for an applicant’s party affiliation. That’s so when voting officials devise staffing, they can have equal numbers of registered Republicans and Democrats at a site to avoid even the appearance of bias. In many places, a felony conviction can be a disqualifier.

The majority of people working the polls should be ready for a very long day that starts in the early morning and concludes in the evening. Many jurisdictions don’t schedule poll working shifts, Hovland said.

Many poll workers are paid, Hovland noted. The money can range from around $80 up to around $350 in some jurisdictions, Hovland said. The Election Assistance Commission’s own website has a section where users can check poll working requirements and pay in particular counties.

The 2020 election may entail some extra job duties.

Traditional poll worker detail includes greeting voters, looking up their name on the rolls, pointing them to the voting booth and handing them an ‘I voted’ sticker on the way out. The job may still include that, and some more too.

“There may be some work to help with social distancing, making sure there’s limited congestion in polling places,” Hovland said. It may also mean constantly wiping down often-touched surfaces and making sure the hand sanitizer containers aren’t getting low, he added. (The CARES Act earmarked $400 million to help states with 2020 election costs that could include face masks and cleaning supplies.)

Don’t miss:What COVID-19 precautions should you take while voting? How many people will vote by mail? Answers to your 2020 election questions

Volunteers may also have to be ready to know their particular state rules if a voter requested a mail-in ballot and still shows up at the polling place, Perez said.

All states have pre-existing laws to deal with the scenario, she said, but they will come into hard focus during an election when people might cast their ballot by mail, and then wonder if it will arrive to local election officials on time, and in the correct format.

See also:Opinion: I’m the Republican secretary of state in Washington — and I believe voting by mail works

“
‘I would suspect that some of training is going to include how you keep people happy and what you do with people who are grouchy … You don’t know who’s going to be yelling at somebody about a mask policy.’
”

Perez hopes workers will get some training on the particular protocols in order to achieve a smooth and time efficient voting experience.

She also hopes they get some practice on a less technical skill: putting potentially on-edge voters at ease.

“I would suspect that some of the training is going to include how you keep people happy and what you do with people who are grouchy,” she said. “You don’t know who’s going to be yelling at somebody about a mask policy.”

Potential poll workers can learn how to apply for a position in their state, using this drop-down menu from the National Association of Secretaries of State.

But here’s a look at the specifics for three swing states, Florida, Ohio and Arizona, where a comprehensive vote count is especially critical for both the Trump and Biden campaigns.

In Ohio, more than 44,000 residents in the crucial Midwest swing state had signed up to be Nov. 3 poll workers as of earlier this week, according the Ohio Secretary of State. Though Ohio has surpassed the minimum of 37,057 workers, it still wants another 20,000 people to meet its staffing goals.

To be a poll worker in Ohio, you must also be at least 18 years old, or age 17 and a high school senior. You have to live in the county where you want to serve and you can’t be a candidate for an election on the ballot. A felony conviction disqualifies an applicant.

In Florida, there’s no statewide tally yet on the poll workers volunteering in the pivotal swing state’s 67 counties, a spokesman for the Florida Department of State said. The state had 46,484 poll workers in the 2016 election, agency data said.

Florida poll workers need to be at least 18, or age 16 and 17 and pre-registered to vote, according to state law. They also need to be a county resident where they want to work. If you have a felony and haven’t had your right to vote “restored pursuant to law,” you are barred from the position.

Pay is set by the counties. In Miami-Dade County, for example, you can make $40 for training and $160.68 to work Election Day. An Election Day worker’s stipend in Broward County is between $180 and $250.

In Arizona, poll workers need to be at least 18, though some counties allow 16- and 17-year-olds. Pay rates are set by individual counties. In Phoenix’s Maricopa County, the hourly rate is between $12 and $13.50. A felony can bar an applicant.

“
Curbside voting is already allowed in Arizona’s elections and it will be expanded this year.
”

The website alone for the state’s Secretary of State has received almost 15,000 applications for the primary and general elections. The agency forwards the forms on to county election officials, according to Secretary of State Katie Hobbs.

One pre-existing part of Arizona’s election process is curbside voting. One Republican and one Democratic poll worker bring a ballot out to the car, where the driver casts their vote. Election officials will be expanding that procedure this year, Hobbs said.

Though election officials throughout the state haven’t a large drop-out of older volunteers, Hobbs said, “there are so many people stepping up. … They want to do something to help protect democracy.”