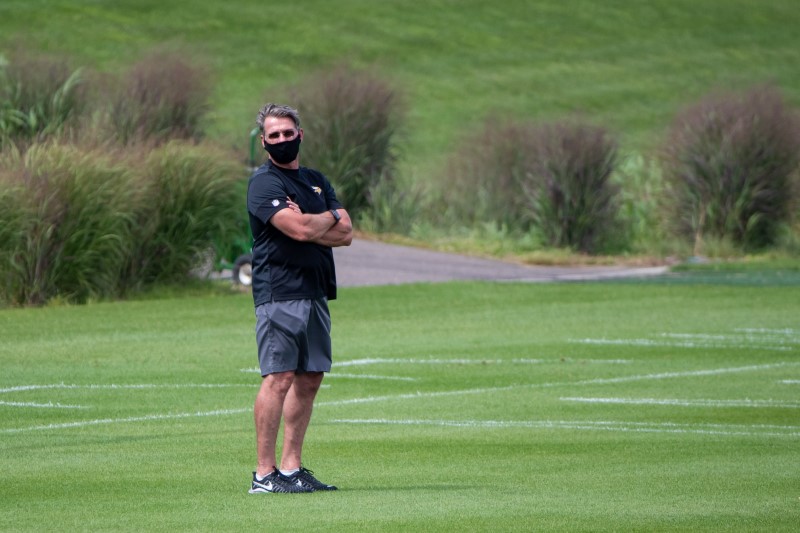 No offseason and another coaching staff change put the Minnesota Vikings behind the 8-ball.

That’s the estimation of general manager Rick Spielman, who said he senses Minnesota is close to turning around an 0-3 start into winning football.

“We’re improving each week,” Spielman said. “We have a lot of new faces, a lot of new starters on the defense. Coach (Mike Zimmer) and the players down in the locker room have a very strong belief that we’re going to get this turned around.”

The Vikings travel to Houston on Sunday. Minnesota’s defense-first approach hasn’t materialized quickly with injuries and opt outs impacting plans on the defensive line and a young cornerback crew wobbling without a pass rush. The Vikings are allowing 440 yards and 34 points per game, which is second-to-last in the NFL.

“It’s taken a little longer,” said Zimmer, who signed a three-year contract extension in July. “You anticipate that you can get everybody in line and understand everything that you’re trying to do with them pretty quickly, but with some of the young guys that we have this year, it’s taken a little bit of time.”

One of the team’s first-round picks, wide receiver Justin Jefferson, caught seven passes for 175 yards and a touchdown in Week 3. If he emerges to balance the offense opposite Adam Thielen, the Vikings could be ready to match points with teams they can’t keep off the scoreboard.