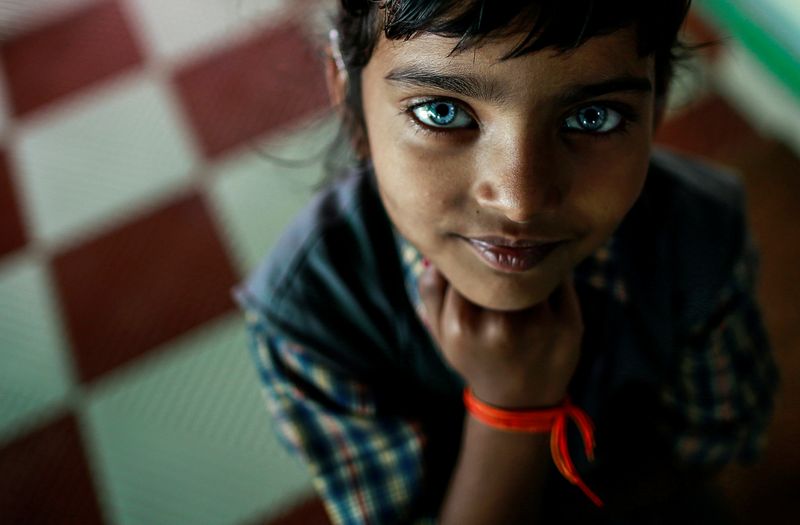 © Reuters. FILE PHOTO: File photo of a girl who suffers from hearing and speech disorders reacting to the camera at a rehabilitation centre for children who were born with mental and physical disabilities in Bhopal

In the early hours of December 3, 1984, methyl isocyanate gas leaked from a pesticide factory owned by American Union Carbide Corporation. More than half a million people were poisoned that night and the official death toll exceeded 5,000.

Thousands of survivors have said they, their children and grandchildren are struggling with chronic health problems as a result of the leak and toxic waste left behind and face hefty medical bills at a time when the pandemic is making their health even more fragile.

Dow Chemical, which now owns Union Carbide, has denied liability, saying it bought the company a decade after Union Carbide settled its liabilities to the Indian government in 1989 by paying $470 million.

Protesters say the government still underestimates the number of victims and compensation did not go to many who needed it.

“Stop giving us false promises… have some shame,” protesters shouted as they demanded financial help.

Local rights group say victims of the Bhopal gas tragedy are more vulnerable to the coronavirus than other people.

“Today, we have official documents to show that the death rate of gas victims due to COVID-19 is 6.5 times higher than those who were not exposed,” said Rachna Dhingra, an activist who has worked with survivors of the tragedy.

Local media quoted a government official as saying that out of the 518 coronavirus deaths in the Bhopal district since the beginning of the outbreak, 102 were survivors of the gas leak.

Urmila Patel told Reuters partner ANI this week that her family, survivors of the leak, had scraped together funds for two months’ COVID treatment for her husband, who eventually died. “Now we have problems aplenty,” she said.