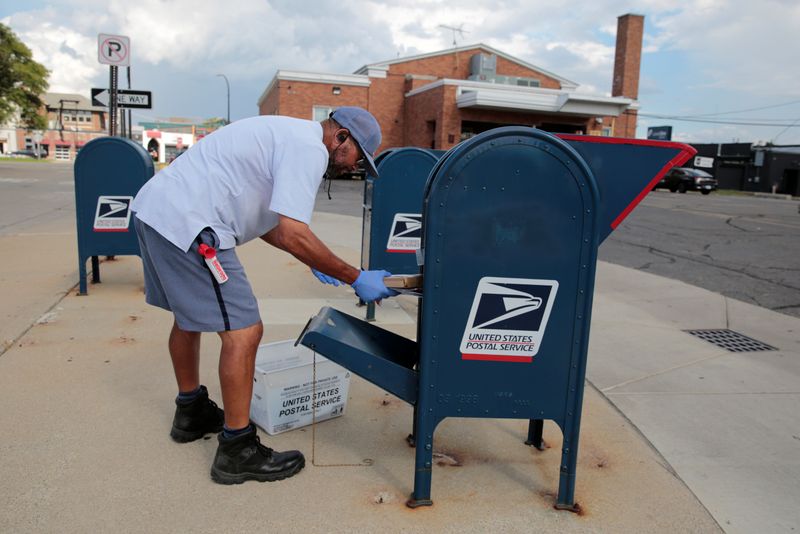 Americans are expected to submit mail-in ballots in record numbers for the Nov. 3 contest between President Donald Trump, a Republican, and his Democratic challenger Joe Biden.

Many voters see mail-in ballots as a safer way to vote during the coronavirus pandemic, which has killed more than 200,000 Americans. But mail ballots typically take longer to count than ballots cast in person.

This “could leave officials with incomplete results on election night,” the Federal Bureau of Investigation and the Cybersecurity and Infrastructure Security Agency said in a joint public service announcement.

This could come in the form of new websites or social media content, they said. The aim would be to “discredit the electoral process and undermine confidence in U.S. democratic institutions.”

The Biden campaign is bracing for the prospect that while early results might favor Trump, the lead could shift because Democrats are expected to vote by mail in larger numbers, which they fear will prompt Trump to complain the contest is being stolen, people close to the Biden campaign have said.

Voting by mail has become a divisive issue. Trump has repeatedly warned without citing evidence that the practice is rife with fraud and that Democrats would use mail ballots to rig the election.

Biden currently leads in most national public opinion polls but a close contest is expected.