U.S. Vice President Pence, next in line behind Trump, tests negative for COVID-19 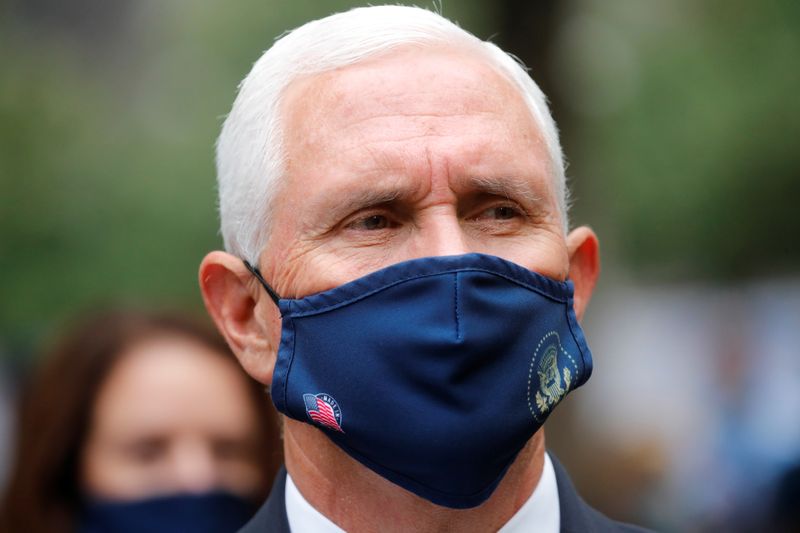 By Susan Cornwell and Steve Holland

WASHINGTON (Reuters) – U.S. Vice President Mike Pence, next in line for the Oval Office, tested negative for COVID-19, hours after President Donald Trump announced that he was infected and went into quarantine, Pence’s spokesman said on Friday.

Trump’s test result cast a spotlight on Pence, a Christian conservative former lawmaker who has been one of the few constants in the Republican president’s tumultuous administration, a little more than a month before the two seek re-election to a second term.

Pence, 61, is scheduled to debate his Democratic rival, Joe Biden’s running mate Senator Kamala Harris on Wednesday in Utah. A source at the Commission on Presidential Debates, which oversees the events, said there were no plans to scrap the debate after Trump’s positive test.

Trump and Pence will work from separate residences, a White House official told Reuters, and their staffs will also be separated to protect Pence should he need to assume the duties of the presidency. Pence receives the same intelligence briefings as the president.

Pence, who was last seen publicly with Trump at a Rose Garden news conference on Monday on coronavirus testing, would take over as acting president should Trump become incapacitated while undergoing medical treatment. That has happened three times in U.S. history.

The White House said Trump is “not incapacitated” and is working in isolation while experiencing mild symptoms.

Pence filled in for Trump Friday on a conference call with governors about the coronavirus pandemic, New York Governor Andrew Cuomo told 1010 WINS radio. Pence also stood in for Trump on a call with state leaders to discuss support for vulnerable seniors.

Speaker Nancy Pelosi is next in line of succession after Pence. She was tested Friday for COVID-19 and the results were negative, her spokesman said.

Harris tested negative on Thursday as part of her campaign’s routine screening for the virus.

Pence, a former governor of Indiana, has played a largely behind-the-scenes role in Trump’s White House, although he is known to have presidential ambitions of his own.

His deference has endeared him to Trump, helping Pence survive in a White House with near-constant turnover among top officials. But he has sometimes been ridiculed for his public obsequiousness to his boss.

Earlier this year Trump put Pence in charge of the U.S. response to the coronavirus pandemic, a brief that has not gone well. The nation’s death toll from the virus is over 207,000. New cases of COVID-19 rose in 27 out of 50 U.S. states in September compared with August, a Reuters analysis showed.

Pence has also been central to some of the administration’s legislative efforts, including the tax cuts passed in 2017. Pence staunchly opposes abortion rights and passionately supports de-regulation of business and shrinking the size of government.