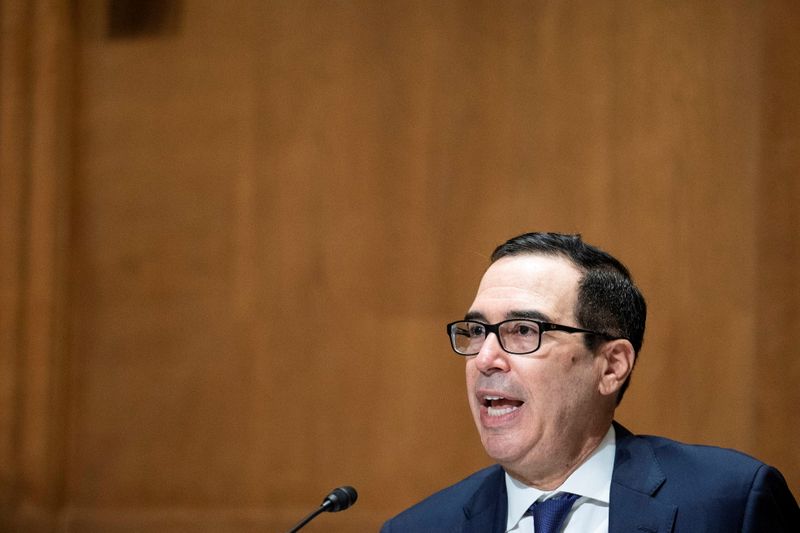 WASHINGTON (Reuters) – U.S. Treasury Secretary Steven Mnuchin is expected to serve out his term until the inauguration of President-elect Joe Biden on Jan. 20, sources familiar with Mnuchin’s thinking said on Thursday.

Mnuchin and other key Treasury officials were expected to continue working on various policy initiatives, including domestic stimulus measures and an array of international initiatives, the sources said. Several key administration officials resigned Wednesday, citing President Donald Trump’s response to a violent assault on the U.S. Capitol by his supporters.