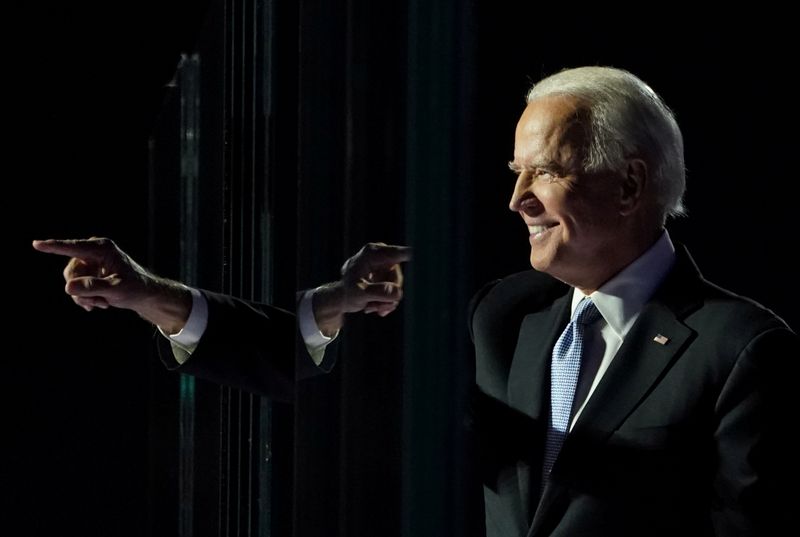 By Tom Hals and Makini Brice

(Reuters) – A federal appeals court on Saturday rejected a bid by a conservative lawyer to block President-elect Joe Biden’s victory in Georgia and left in place procedures that will make it easier for voters to cast absentee ballots in January when two Senate seats are up for grabs.

U.S. District Judge Steven Grimberg, who was nominated by Trump, rejected attorney L. Lin Wood’s arguments and found in a Nov. 20 opinion that the lawyer had no standing to sue.

The U.S. Court of Appeals for the 11th Circuit in Atlanta agreed with the lower court, saying Wood had failed “to allege a particularized injury” and the request was moot anyway since Georgia had already certified the election.

“We may not entertain post-election contests about garden-variety issues of vote counting and misconduct that may properly be filed in state courts,” the appeals court said in its ruling.

The ruling also means Georgia officials will be required to notify absentee voters so they can fix problems with their ballot in the upcoming U.S. Senate election.

On Jan. 5, Georgia holds a run-off election for its two U.S. Senate seats, which will determine whether Republicans or Democrats control the chamber.

Wood was seeking to overturn a lower court judge who refused to block Georgia officials from certifying the state’s election for Biden.

The appeals court ruling was decided by a panel of three judges, two of whom had once been under consideration by U.S. President Donald Trump for U.S. Supreme Court seats.

It is yet another setback for supporters of Trump in their long-shot bid to reverse Biden victories. They have suffered court losses in Arizona, Michigan, Nevada, Pennsylvania and Wisconsin. All of these states have already certified their election results.

Wood’s lawsuit claimed that Georgia’s Secretary of State Brad Raffensperger violated state law in March when he struck an agreement with the Democratic Party to settle a lawsuit over 8,157 ballots that were thrown out in the 2018 general election.

Under the settlement, officials added layers of review before rejecting signatures on absentee ballots and were required to notify voters of absentee ballot defects.