U.N. calls for halt to clashes near Yemen’s Hodeidah port 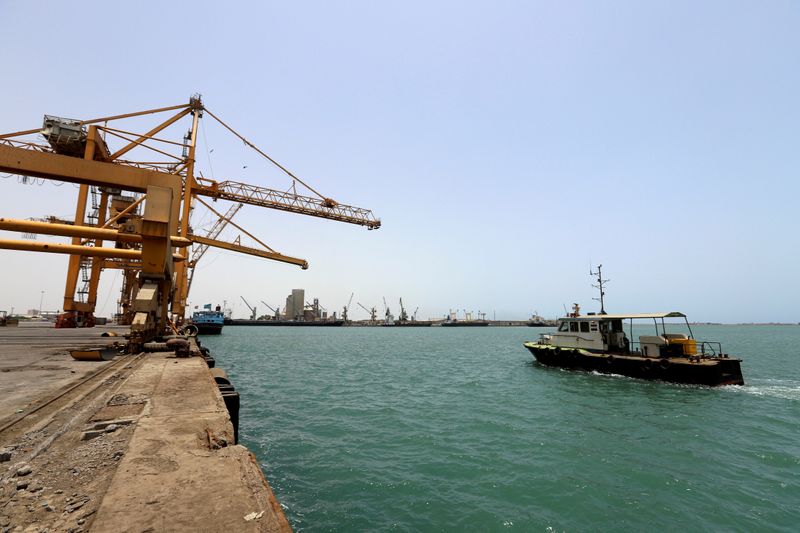 ADEN (Reuters) – The United Nations on Thursday called for an immediate end to clashes near Yemen’s main port of Hodeidah after a surge in fighting that sources said have killed dozens of people despite a U.N.-sponsored ceasefire in place in the area.

Hodiedah governorate has seen sporadic, limited fighting since the truce was agreed in late 2018 but intense clashes broke out this week between forces from the Iran-aligned Houthi movement and those allied with Yemen’s Saudi-backed government around al-Durayhimi city and the nearby town of Hais.

Military and medical sources said dozens of people had been killed in the clashes. The U.N. statement cited reports of a number of casualties among civilians, including women and children.

U.N. special envoy Martin Griffiths said the military escalation violates the truce agreement and “runs against the spirit of the ongoing U.N.-facilitated negotiations that aim to achieve a nationwide ceasefire, humanitarian and economic measures and the resumption of the political process”.

The Hodeidah agreement reached at U.N.-sponsored peace talks in Sweden in December 2018 had stipulated a redeployment of troops from both sides which was never fully implemented.

Houthi-held Hodeidah is the main entry point for Yemen’s commercial imports and aid. Some 80% of the population relies on humanitarian assistance and millions face famine in what the United Nations describes as the world’s biggest humanitarian crisis.

Yemen has been mired in conflict since a Saudi-led coalition intervened in March 2015 to restore the government ousted from power in the capital, Sanaa, by Houthi forces. The Houthis say they are fighting a corrupt system.

Griffiths is trying to mediate a nationwide ceasefire in order to restart stalled political negotiations to end the war that has killed more than 100,000 people.

The conflict is largely seen as a proxy war between foes Saudi Arabia and Iran.

U.S. to carry out 13th and final execution under Trump administration

U.S. to carry out 13th and final execution under Trump administration