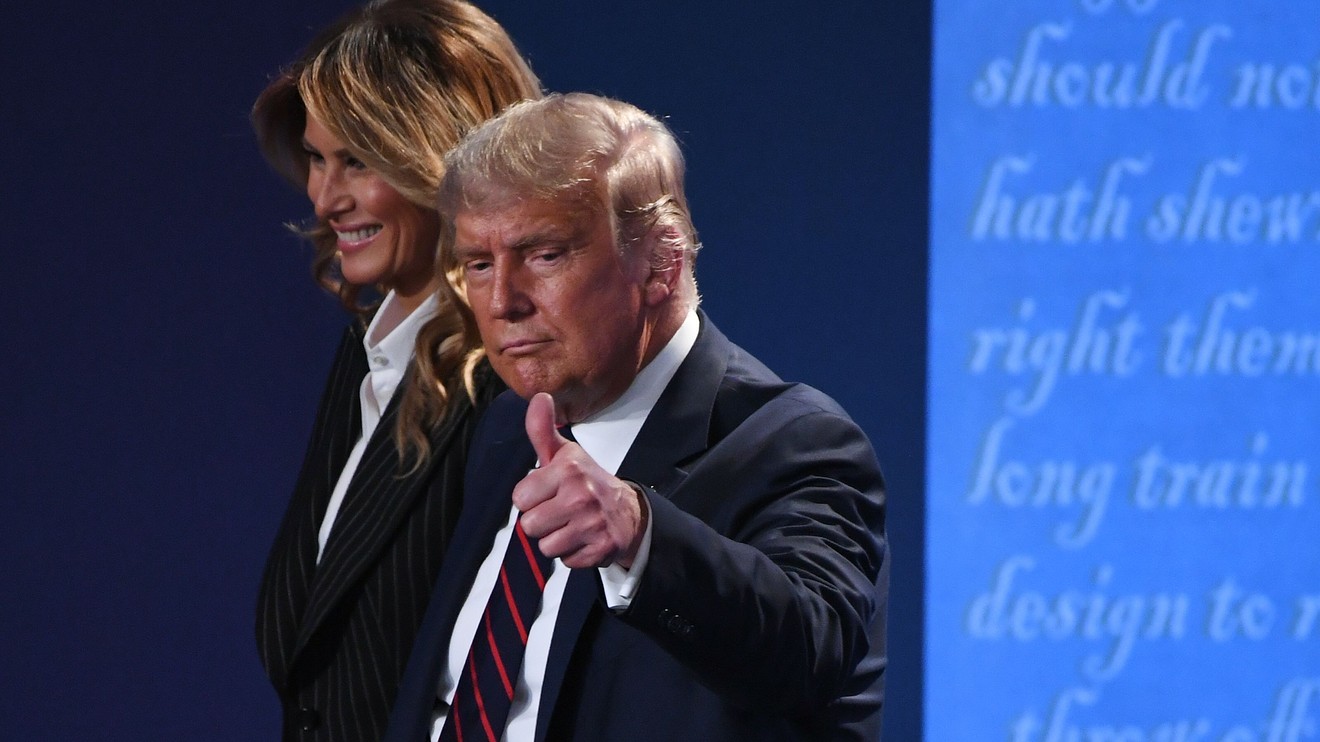 President Donald Trump, who recently tested positive for the coronavirus, has been given a dose of Gilead Sciences Inc.’s remdesivir in addition to Regeneron Pharmaceuticals Inc.’s experimental neutralizing antibody cocktail.

Both treatments have received emergency use authorization from the Food and Drug Administration based on clinical data evaluating their effectiveness in hospitalized patients with more severe forms of the disease.

Trump on Friday tweeted that he and First Lady Melania Trump had tested positive for the coronavirus. Dr. Sean Conley, Trump’s physician, said Saturday morning during a news conference that Trump was diagnosed 72 hours ago, which would be Wednesday morning — about 36 hours before he disclosed his diagnosis.

Conley said Friday evening that Trump had received an infusion of Regeneron’s
REGN,

REGN-COV2. Conley said Saturday morning that Trump had received the drug “48 hours ago,” which would Thursday morning.

Trump also is taking zinc, vitamin D, an acid reducer, melatonin and aspirin. Conley said Friday that the president is “fatigued” and that Melania is doing well, with symptoms including a mild cough and headache. Conely said Saturday morning that Trump has been started on a five-day regimen of Gilead’s
GILD,

remdesivir and does not currently require supplemental oxygen. It is unclear if Trump had received oxygen support previously.

Trump’s diagnosis highlights one of the still challenging elements of the COVID-19 pandemic, that there are few treatment options available for patients with COVID-19.

For people with severe forms of the disease, treatment can include convalescent plasma, the steroid dexamethasone, and/or remdesivir. For people with mild to moderate forms of the disease, there are no authorized or approved drugs, though two drug makers recently shared promising results for a pair of still-investigational antibody-based treatments.

“There really aren’t a lot of very effective therapies we have at this stage of the disease,” said Dr. Steven Shapiro, chief medical and scientific officer at UPMC, a hospital system based in Pittsburgh. He is not treating the Trumps. “The thing that we know that is most effective right now are steroids. But that tends to work later in the disease when someone develops the pneumonia.”

The first drug, Regeneron’s REGN-COV2, that Trump received is being studied as a treatment for people with mild to moderate forms of the disease. A somewhat similar drug, Eli Lilly & Co.’s
LLY,

LY-CoV555, is also being tested in clinical trials. Raymond James analysts predicted Friday morning that one of these investigational drugs would be most likely prescribed to Trump.

Like convalescent-plasma treatments, these drugs also use antibodies, and both have shown so far that they help reduce viral load, based on interim data shared in the past month.

The steroid dexamethasone is another option for hospitalized patients who are in need of oxygen support. The steroid, which is approved by the FDA for other indications, demonstrated in clinical trials in the U.K. that it can reduce mortality in some severely ill COVID-19 patients.

That said, physicians have the discretion to prescribe medications that are not approved or authorized by the FDA for a specific use. This is called off-label prescribing, and it’s common in the U.S. health care system. (One 2006 study found that one-fifth of U.S. prescriptions are off-label.)

Trump in May disclosed that he was taking the antimalarial hydroxychloroquine that he spent months promoting as a potential COVID-19 treatment. At that time it was being tested in clinical trials as both a treatment and to see if it could prevent infections in people who had been exposed to the virus. The FDA had granted the drug an emergency-use authorization in March but revoked that authorization in June.

Health-care providers around the world have tested the efficacy of providing zinc, vitamin C, vitamin D and the antibiotic azithromycin to COVID-19 patients; however, none of those treatments has so far shown a clinical benefit, according to Shapiro.

“It’s watching, waiting … just supportive care, in general. Isolate,” he said. “Masks are really important. That is our vaccine right now. It’s really good at preventing the spread. And if not entirely, it certainly will lower the dosage and make the disease less severe. So that’s one lesson I think that everyone should learn from this.”