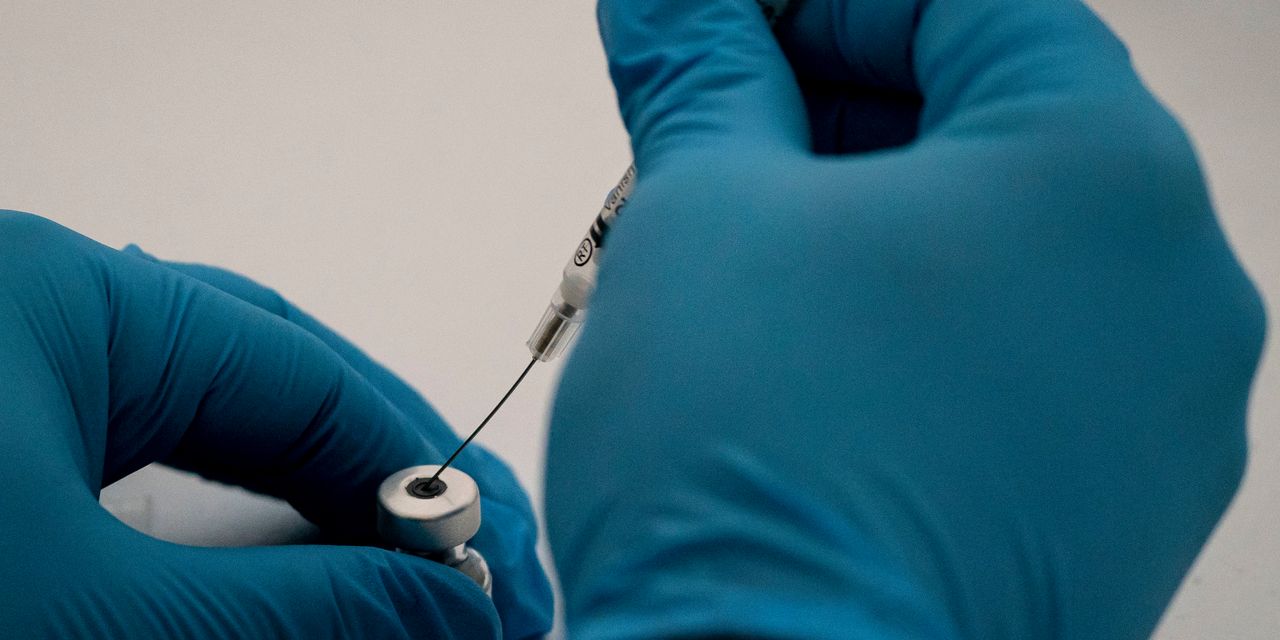 Drugmakers and health officials are trying to reassure Americans that COVID-19 vaccines and antibody-based coronavirus treatments will still be effective against a new strain of the virus that has emerged from South Africa.

Health officials confirmed Thursday that at least two people in South Carolina have contracted the B.1.351 strain of the virus. The individuals do not know each other and do not have a travel history, officials said.

Like the B.1.1.7 strain that was first detected in the United Kingdom last year, the B.1.351 variant is thought to be more infectious, based on early research. It is now the most dominant form of the virus in South Africa, according to the World Health Organization.

As of Wednesday, 315 people in more than half of U.S. states have confirmed cases of coronavirus that were caused by the B.1.1.7 variant, according to the Centers for Disease Control and Prevention.

“At this time, we have no evidence that infections by this variant cause more severe disease,” the CDC said in a statement. “Like the U.K. and Brazilian variants, preliminary data suggests this variant may spread more easily and quickly than other variants.”

The emergence of these new variants may complicate the logistically difficult rollout of COVID-19 vaccines in the U.S. if already authorized vaccines are less effective or require a booster shot to combat the new strain. The new variant may also cut the effectiveness of drugs that use antibodies to treat coronavirus patients.

How the effectiveness of vaccines is being impacted

have said their vaccine still protects people against the B.1.351 strain but it is slightly less effective, according to an in-vitro study of the new mutations recently published as a preprint. Moderna Inc.
MRNA,
,
which also markets a mRNA-based vaccine, announced Monday that a lab study indicated that its vaccine is less effective against B.1.351 but neutralizing antibodies levels found in blood tests generated by the vaccine were still protective.

The drugmakers also separately said they plan to develop follow-on boosters for their vaccines, with Pfizer CEO Albert Bourla telling Bloomberg that “every time a new variant comes up we should be able to test whether or not [our vaccine] is effective. Once we discover something that it is not as effective, we will very, very quickly be able to produce a booster dose that will be a small variation to the current vaccine.”

A Pfizer spokesperson later added that regulators would need to agree to move forward with clinical studies for a booster and those “have yet to be determined.”

The new variants may delay the recovery from the pandemic. With more transmissible strains circulating, that could mean more waves of infections, and more people may be at risk for re-infection with the new strains, health care analysts say.

But there’s good news, too. Because the mRNA vaccines reported a roughly 95% efficacy rate in their late-stage clinical trials, there is a “sizeable ‘margin of safety’ even if some efficacy is lost,” Bernstein’s Vincent Chen wrote in a note to investors.

And even if the antibody levels triggered by vaccine administration drop, there is still a “cushion of protection,” Dr. Anthony Fauci, chief medical advisor to President Joe Biden, said Wednesday during a White House briefing. Fauci said he believes the B.1.351 strain out of South Africa is “more problematic” than the B.1.1.7 strain.”

The strain is also impacting at least two vaccines that are currently in development.

said Friday that its experimental COVID-19 vaccine was slightly less effective in participants in the South African arm of the Phase 3 clinical trial than in U.S. or Latin America participants, though the company said that the vaccine’s protection was “generally consistent” across variants and other demographics.

But Bernstein analyst Ronny Gal noted that J&J’s single-dose vaccine is roughly 20% less efficacious in South Africa than in the U.S., “which underscores the threat of vaccine-resistant strains,” he wrote in a note to investors on Friday.

also announced this week that results from a late-stage study of its investigational vaccine showed that the shots were less efficacious in people in South Africa than in other regions where the trial was conducted. The company is planning to develop a vaccine specifically targeting the South African variant.

How the South African variant is affecting antibody treatments

REGN-COV2 may be impacted more than vaccines. The company said Wednesday that one of the two antibodies used in its COVID-19 antibody cocktail is less effective against this strain of the virus.

“There will be attempts to develop even other antibodies that might be able to avert this particular problem,” Fauci also said Wednesday. “What we plan to do in collaboration with the companies is to develop what we would call alternatives(s) or boosts that would use the same platform, but that would incorporate a particular immunogen that would address these particular variants.”

Eli Lilly & Co. LLY, which has also received emergency use authorization for its antibody treatment for COVID-19 patients, said this week it plans to pair its antibody drug, bamlanivimab, with an experimental one developed by Vir Biotechnology Inc. VIR and evaluate the combination as a COVID-19 treatment. A Lilly executive said testing a combination of the two therapies may help address decreased effectiveness as a result of new variants or strains.