The Conversation: Mob attacking the Capitol was unprecedented but hardly surprising 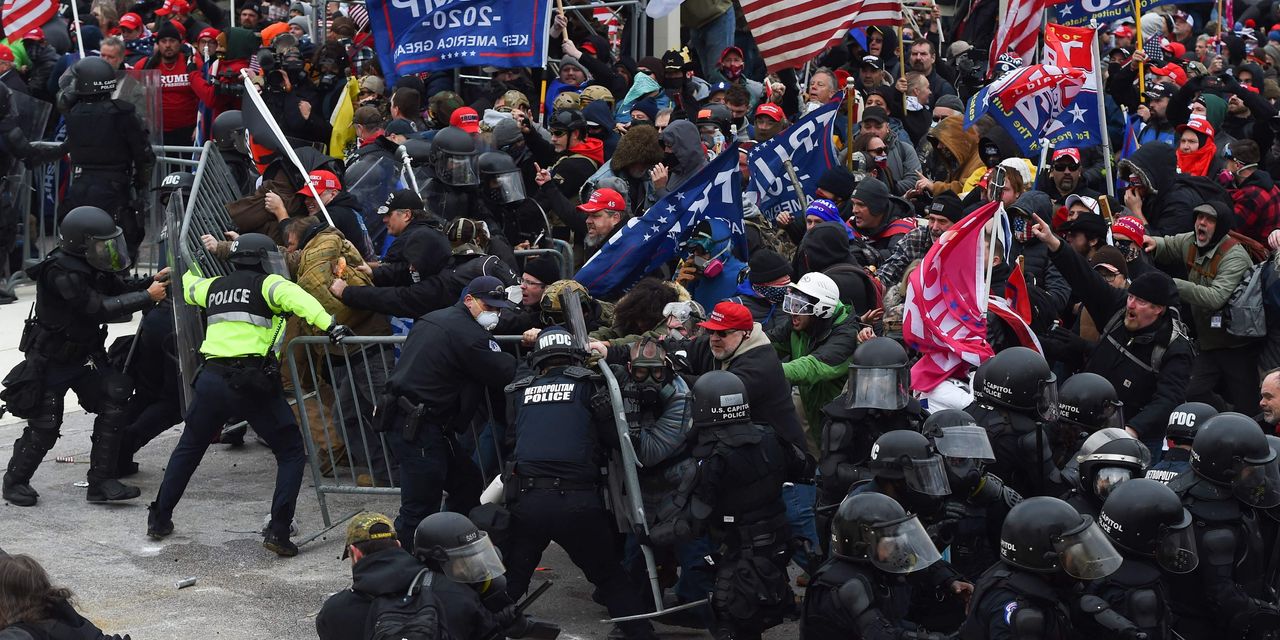 In the lead-up to the American presidential election, risk of post-election violence was high. Those predictions came true Wednesday when thousands of pro-Trump rioters stormed the U.S. Capitol in an unprecedented act of anarchy as Congress was set to confirm President-elect Joe Biden’s victory.

The violence in Washington comes after one of the most tumultuous years in U.S. history. In 2020, the Insurance Information Institute estimated sustained losses of over $1 billion—perhaps the costliest civil disorder in the U.S.

“
Perhaps the most dangerous top indicator of electoral violence was Trump’s tendency to use the executive branch as a bully pulpit to fuel divisions and sow chaos.
”

Since Trump lost the Nov. 3 election—all the while fomenting false theories that the vote was rigged—many have wondered how his presidency would end. With an unpredictable president remaining in the White House until Jan. 20, potential dangers to democracy were predicted given that Trump supporters believe his false claims about the election.

But as the sun sets on Trump’s administration, it’s clear the past four years have made the United States a more fragile state.

Predictions of violence in the United States weren’t unfounded because election unrest is not unprecedented.

During the 1920 election, violence in Florida intimidated and prevented Black people from voting, and dozens of Blacks were subsequently killed in the election-related Ocoee Riot of 1920.

That riot almost exactly 100 years ago was the worst instance of election day violence in U.S. history.

One sobering warning about potential violence came from the International Crisis Group, a nonprofit, nongovernmental organization based in Brussels, Belgium.

In the lead-up to the election, for the first time in its 25-year history, the group turned its attention to analyzing the risks of political violence in the U.S. The organization typically provides warnings concerning conflict-prone regions where democracy is fragile.

Certain items consistently emerged as red flags, indicating potential electoral violence. These risk factors include a polarized electorate, highly segregated and mutually mistrusted sources of information and the existence of armed citizens and militias with easy access to weapons.

In addition, before the election, unresolved racial tensions were still present in the U.S. stemming from the killing of George Floyd in May and the subsequent widespread civil unrest.

In June, during a peak period of racially driven civil unrest in the U.S., the president threatened to use the Insurrection Act to put down protests and used his rhetoric to inflame rather than to quell violence.

Perhaps the most dangerous top indicator of electoral violence was Trump’s tendency to use the executive branch as a bully pulpit to fuel divisions and sow chaos. In fact, as late as election eve, Trump tweeted that a court decision he did not favor would allow cheating and also lead to violence in the streets.

Presidents have never spoken in ways that link their election prospects and violence immediately before election day.

The historical norm of the post-election peaceful transfer of power in the U.S. dates back to 1801, when John Adams ceded political power to his opponent Thomas Jefferson after a contested election.

There are four characteristics of fragile states: a loss of the monopoly on the legitimate use of force, the erosion of legitimate authority to make collective decisions, an inability to provide reasonable public services, and the inability to interact with other nation-states as a full member of the international community.

Even falling a little toward the direction of a fragile state before Jan. 20 can create a more permissive environment for inappropriate expressions of grievances through violence.

Insights can be gained from studies of democratization in postwar societies. For example, peace and conflict researcher Kristine Höglund has studied the factors that encouraged violence at elections.

Höglund found that conditions that enabled the use of electoral violence include situations where violence is viewed as a legitimate political tool, and agitators have access to arms. Other factors that trigger electoral violence are false interpretations of close elections, misuse of political rights, and militant mobilization.

Those conditions currently exist in America—and were on full display during the attack on the U.S. Capitol.

Jack L. Rozdilsky is a professor of disaster and emergency management at York University.

This commentary was originally published by The Conversation.