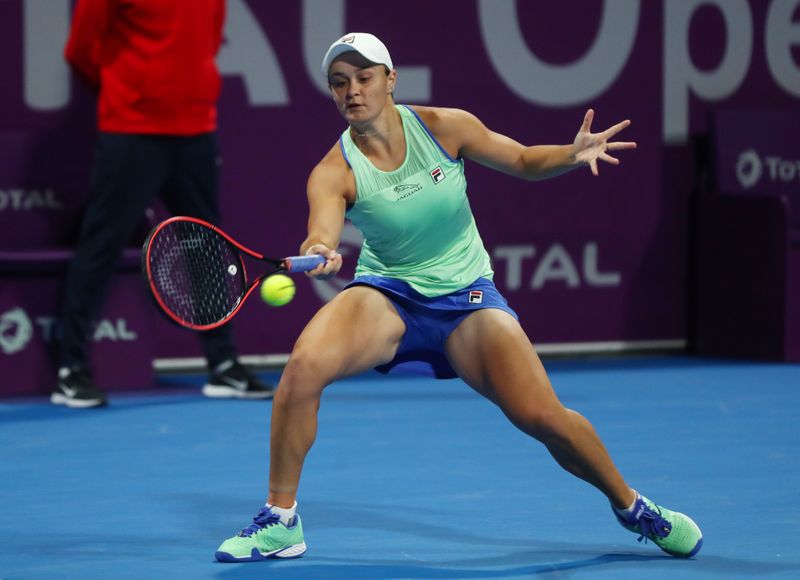 MELBOURNE (Reuters) – In a sign of tennis’s topsy-turvy 2020, Australia’s Ash Barty will remain the women’s world number one at the end of the year despite having skipped two Grand Slams and not playing a match since February.

Barty, 24, made the Australian Open semi-finals in January but skipped the U.S. Open and her French Open title defence citing a lack of preparation.

The Queenslander has been enjoying the down-time at home, though.

As her rivals battled for a spot in the second week at Roland Garros on Friday, Barty was in the terraces at the Gabba, supporting her beloved Richmond Tigers as they fell to the home Brisbane Lions in the first week of the Australian Football League playoffs.

Footage of Barty rising to her feet in the crowd, pumping her fist while cradling a cup of beer in the other hand, went viral on social media in Australia, where fans hailed a “a true icon”.

“French Open on and beer in hand at footy. The best.”