StockBeat: Just When You Thought It Was Safe to Get Back in the Water 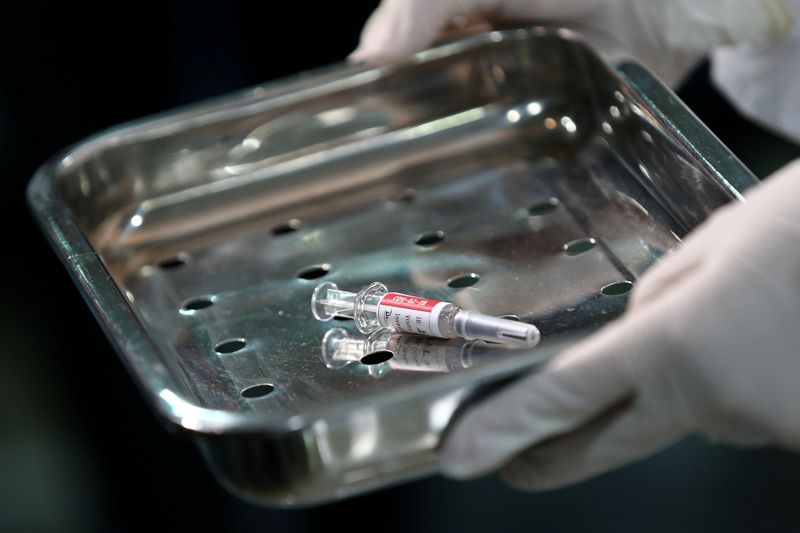 Investing.com — The marketing slogan “Just When You Thought It Was Safe to Get Back Into the Water” was perhaps the only memorable thing about the dismal sequel to Steven Spielberg’s classic “Jaws”. It may be coming back to the minds of investors reading headlines about the Pfizer/BioNTech vaccine this morning.

Sky News reported that two British healthcare professionals who received the jab earlier this week suffered allergic reactions to it. The U.K. Medicines and Healthcare Products Regulatory Agency  is now advising that “people who have a history of ‘significant’ allergic reactions should not currently receive the Pfizer/BioNTech vaccine,” according to Sky News.

“As is common with new vaccines the MHRA have advised on a precautionary basis that people with a significant history of allergic reactions do not receive this vaccination after two people with a history of significant allergic reactions responded adversely yesterday,” Sky quoted Professor Stephen Powis, national medical director for the National Health Service in England as saying.

He added that both are “recovering well.”

That final sentence is important. It should allay worries that the vaccine may do lasting harm to those it is designed to protect. However, it is still the kind of setback that must dull the edge of the optimism around the vaccine narrative, which fired European stocks to their best November ever.

Over 20% of the U.K. population, and almost half the adult population, suffers from one or more chronic allergy, according to various studies referenced by the charity Allergy U.K. That is a number big enough to have a nationwide impact on the take-up rate for Pfizer’s drug.

It will be interesting to see whether Moderna’s vaccine, which is based on the same ‘messenger RNA’ technology and has shown similar efficacy characteristics, also provokes the same response.

Moreover, the emergence of such problems comes against the backdrop of suspicions that the U.K. may have rushed through authorization of the drug for political advantage. They are not limited to a lunatic fringe of anti-vaxxers, either: the U.S.’s top doctor Anthony Fauci voiced such concerns initially before subsequently retracting them. Various U.K. government ministers put the speed of authorization in the U.K. down to its new freedom from EU bureaucracy, although MHRA head June Raine rather undermined with claims by noting that the U.K. was still subject to EU regulation and that it had merely made use of a provision in existing EU law.

If the NHS employees continue their recovery, then the fallout should be limited, and the cyclical recovery can continue. The Pfizer/BioNTech and Moderna (NASDAQ:) drugs are not the only ones in town, after all: a peer review confirmed AstraZeneca’s experimental drug has over 70% efficacy, more than enough to serve public health purposes. A preliminary stage 3 trial of a drug developed by Chinese biotech company Sinopharm indicates it has 86% efficacy, according to authorities in the United Arab Emirates, where the trial is being conducted.

All the same, it’s an uncomfortable reminder of the bumpy road that still lies ahead for markets as they navigate a way out of the pandemic crisis.