Serena digs deep to find way past Ahn into second round 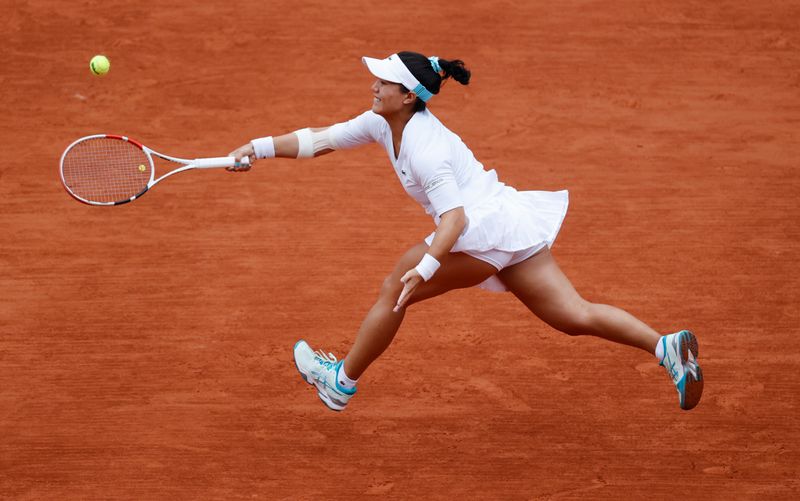 Playing an opponent she beat in straight sets at the same stage at the U.S. Open less than a month ago, Williams found herself struggling to win points on Court Philippe-Chatrier where the roof was opened just before the match.

Williams started with three aces to win her opening game but the 102nd-ranked Ahn started moving better and chased down her opponent’s heavy groundstrokes, which on most surfaces would have ended up as winners.

Ahn, who was making her main-draw debut at Roland Garros, went up 3-1 and served for the set at 5-4 but the 39-year-old Williams rallied each time to force a tiebreaker.

Williams, who has won three of her 23 Grand Slam singles titles at Roland Garros, raised her level in the tiebreaker and did not look back from there, handing the hapless Ahn a bagel in the second set.

“The biggest difference was just confidence,” Williams told reporters. “I just need to play with more confidence, like I’m Serena. So that was it.

“I just started playing like that, opening the court and moving and sliding. I do think her level dropped a little bit in the beginning of the second set and I took advantage of that.”

The American, bidding to match Margaret Court’s record 24 Grand Slam titles, hit her 11th ace on her fifth matchpoint to seal the victory in an hour and 41 minutes.

Williams had 28 of her 36 unforced errors in the opening set while she hit 26 winners in all.

Next up for the American will be a second-round meeting against fellow mother Tsvetana Pironkova, who earlier beat Andrea Petkovic 6-3 6-3.

“She’s playing well but I am too. I’m ready to play her. She’ll be ready to play me,” Williams said of her next opponent. “It will be a long match, she will get a lot of balls back but so will I. I’ll be ready.”

Williams and Pironkova met in the quarter-finals of the U.S. Open this month, when the Bulgarian went down in three sets.