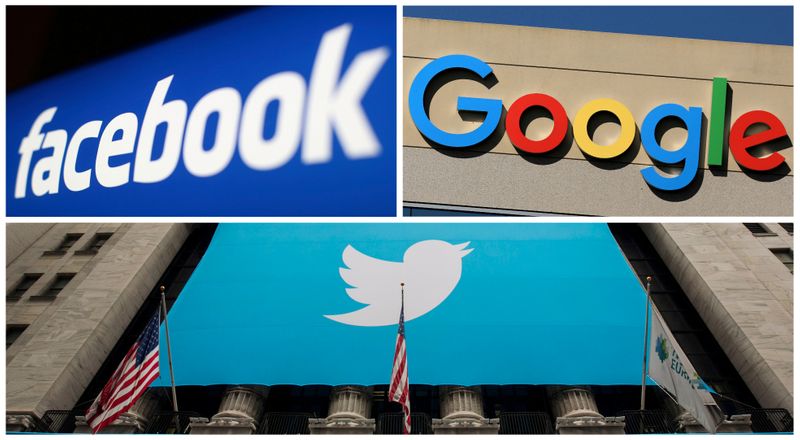 WASHINGTON (Reuters) – The U.S. Senate Commerce Committee chaired by Republican Senator Roger Wicker will issue subpoenas to the chief executives of Twitter Inc (NYSE:), Alphabet (NASDAQ:) Inc’s Google and Facebook Inc (NASDAQ:) if they do not agree to testify at a hearing on Oct. 1.

The hearing will discuss a legal immunity known as Section 230 that technology companies have when it comes to liability over content posted by users.

Republican President Donald Trump has made holding tech companies accountable for allegedly stifling conservative voices a theme of his administration. As a result calls for a reform of tech’s prized legal immunity have been intensifying ahead of the elections but has little chance to be approved by Congress this year

The committee will issue subpoenas if the technology companies do not agree to appear in front of the committee by Thursday night, a spokeswoman for Wicker confirmed to Reuters.

On Wednesday, Trump met with nine Republican state attorneys general to discuss the fate of Section 230 after the Justice Department unveiled a legislative proposal aimed at reforming the law.

“In recent years, a small group of powerful technology platforms have tightened their grip over commerce and communications in America,” Trump told reporters after the meeting.

“Every year countless Americans are banned, blacklisted and silenced through arbitrary or malicious enforcement of ever-shifting rules,” he added.

Any substantial changes to reform the law will have to wait until after the elections.

The chief executives of Google and Facebook along with Apple Inc (NASDAQ:) and Amazon.com Inc (NASDAQ:) recently testified before the House Judiciary Committee’s antitrust panel.