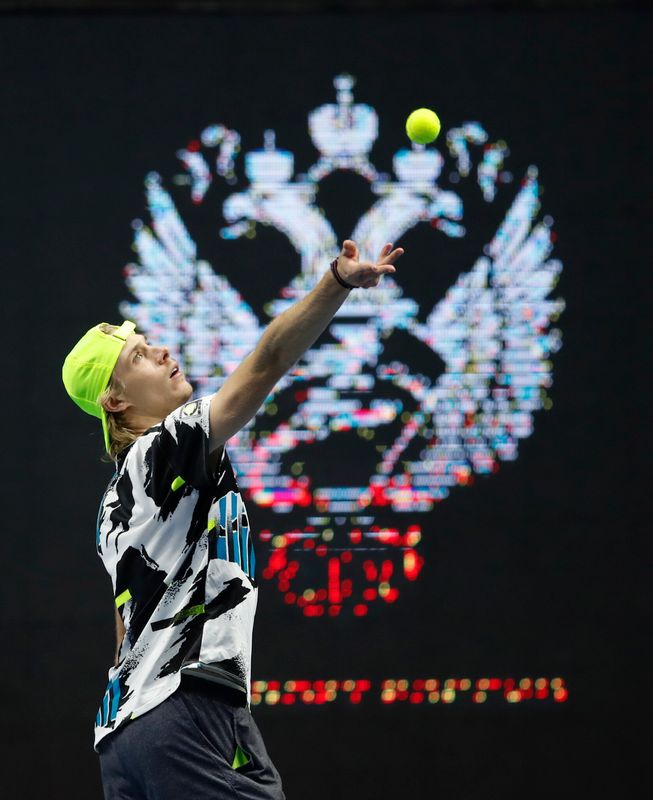 (Reuters) – Russian home favourite Andrey Rublev rallied from a set down to beat Canadian Denis Shapovalov 4-6 6-3 6-4 in the semi-final of the St Petersburg Open on Saturday to set up a title clash with Borna Coric.

Rublev saved five of six break points to advance and took advantage in the final set when Shapovalov needed treatment on his shoulder.

Victory also improved Rublev’s chances of qualifying for the season-ending ATP Finals next month which has two spots left. The 22-year-old moved up to eighth in the race to London, leapfrogging French Open semi-finalist Diego Schwartzman.

In the other semi-final, Croatia’s Coric returned to the final for a second consecutive year after he, too, dropped the opening set against Milos Raonic before turning the tables on his Swiss opponent with a 1-6 6-1 6-4 victory.

Raonic fired 18 aces in the contest but Coric converted three of five break points to seal his place in the final.