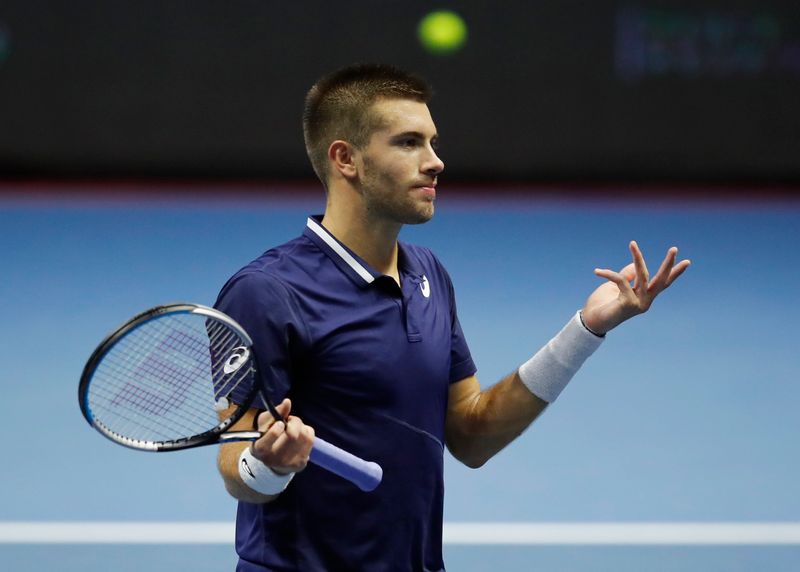 Having also won tournaments in Doha, Adelaide and Hamburg this year, Rublev is now tied with Novak Djokovic for most titles in 2020 and the 22-year-old is also three wins shy of the world number one’s 37 victories.

It was deja vu for Coric as he finished runner-up in St Petersburg to a Russian again after a straight sets loss to Daniil Medvedev last year.

Rublev was flawless on his serve and never gave Coric a break point opportunity. After the opening set went with serve, Rublev clinched it on the tiebreak despite being 2-5 down before converting a break point in the second to emerge victorious.

Victory also gave Rublev a big push in his quest to qualify for next month’s season-ending ATP Finals for the first time and the Russian will move up to eighth in the world rankings.