Report: Martinez opts in with Red Sox for 2021 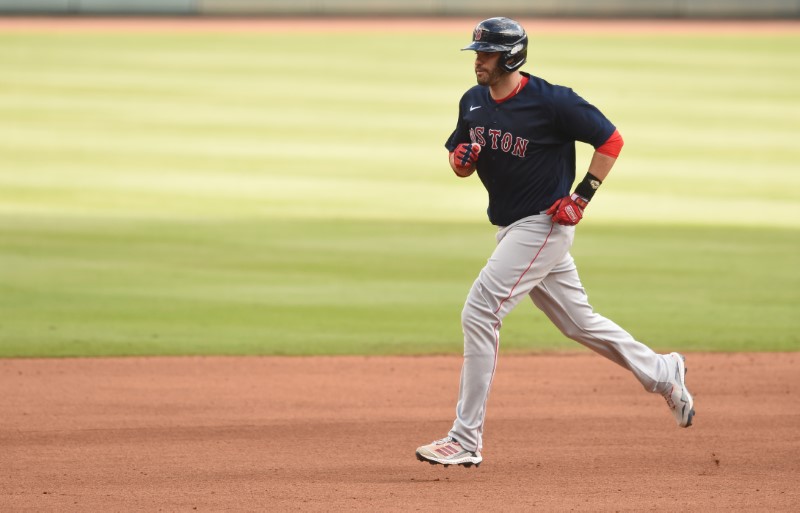 Designated hitter/outfielder J.D. Martinez will return to the Boston Red Sox in 2021, electing to not become a free agent, as expected, MLB Network reported Sunday.

He signed a five-year, $110 million contract with the Red Sox in February 2018, which included a player opt-out for each of the final two seasons.

He told reporters in September that he was leaning toward returning to Boston, saying, “I would not want to be a free agent during this time.”

Major League Baseball is headed into an uncertain offseason, facing the financial ramifications of the coronavirus pandemic.