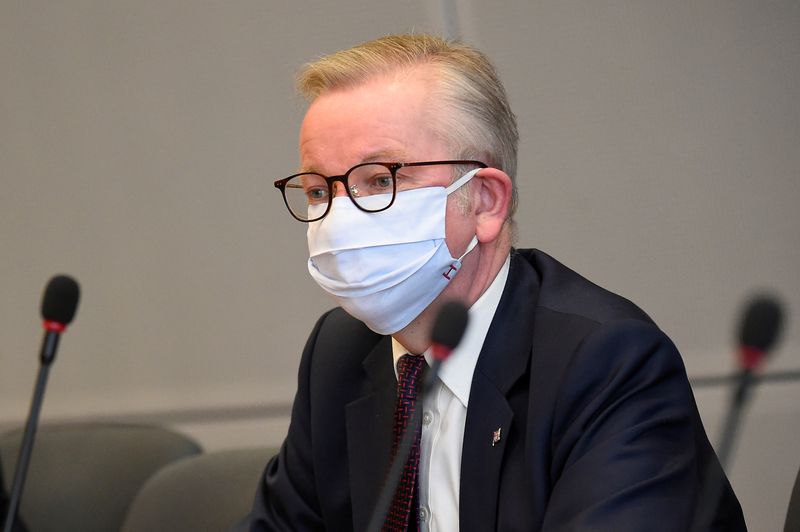 LONDON (Reuters) – Britain should celebrate its looming break from the “anti-science and anti-innovation” approach of the European Union even if it costs its industry more in red tape, the government’s Brexit supremo Michael Gove said on Thursday.

Gove was asked in the House of Commons by an opposition lawmaker why companies in the chemicals industry should have to stump up an extra 1 billion pounds ($1.3 billion) in the midst of an economic crisis to duplicate regulation that it already has with the EU.

Gove, the minister handling Brexit divorce issues for Britain and one of the leading advocates for the break with Brussels, said extra red tape was the price of securing autonomy and independence to become more competitive in the future.

“It’s an inevitable consequence of leaving the European Union Single Market and Customs Union and freeing ourselves from the jurisdiction of the Court of Justice of the European Union that we do have to have our own regulatory systems in place,” he said.

“One of the great prizes of leaving the European Union is that when it comes to life sciences and other areas we will be free from the often anti-science and anti-innovation approach that the EU has had hitherto.”

Britain’s chemicals industry, which includes companies such as Ineos, Johnson Matthey (LON:), Croda and Synthomer, is bound to the EU by an especially dense web of laws and safety standards, and an EU products registry called Reach.

The lawmaker asking the question, Labour’s Hilary Benn, said his parliamentary select committee had been told by representatives of the industry that the cost of registering all chemicals under a new UK Reach system would be around 1 billion pounds.