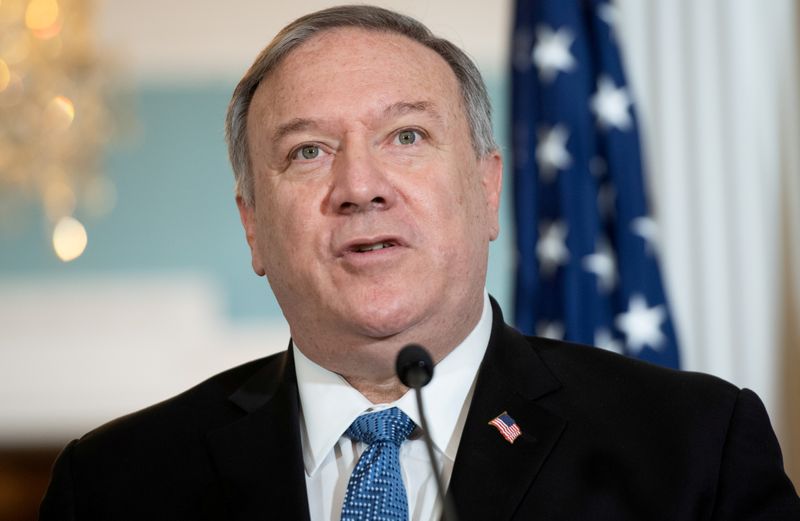 By Daphne Psaledakis and Trevor Hunnicutt

Pompeo on Twitter said he met with Blinken “to facilitate an orderly transition, and to ensure American interests are protected abroad.” It was unclear if the meeting, which comes less than two weeks before Biden’s inauguration, was in person or virtual.

“Our meeting was very productive, and we will continue to work together on behalf of America throughout the transition,” Pompeo said.

Trump had exhorted thousands of his followers to march to the Capitol as Congress met on Wednesday to confirm the Nov. 3 election results. That led to chaos as his supporters breached the building, sent lawmakers into hiding, and left a police officer and four others dead in their wake.

In a video on Thursday, Trump came closer than ever to conceding his loss in November’s election and promised a “smooth” transition after weeks of falsely claiming that Biden’s win was fraudulent.

After an initial delay, the Trump administration in November cleared the way for Biden to transition to the White House, giving him access to briefings and funding even as Trump continued fighting the election results.

Yet Biden transition officials say they are still encountering resistance from some parts of the Trump administration.

“We have seen some outreach that has occurred but it still exists – the intransigence, I mean – in places like the Department of Defense, OMB (Office of Management and Budget), other places where we’ve had ongoing concern, and we feel there’s more cooperation that would be beneficial to the peaceful transfer of power,” said Jen Psaki, a transition aide, on a call with reporters on Friday.

Blinken on Dec. 17 made his first visit to the State Department since the election, taking part in meetings and briefings in preparation to take over as secretary of state. Pompeo was quarantining at the time after coming in contact with someone who tested positive for COVID-19.