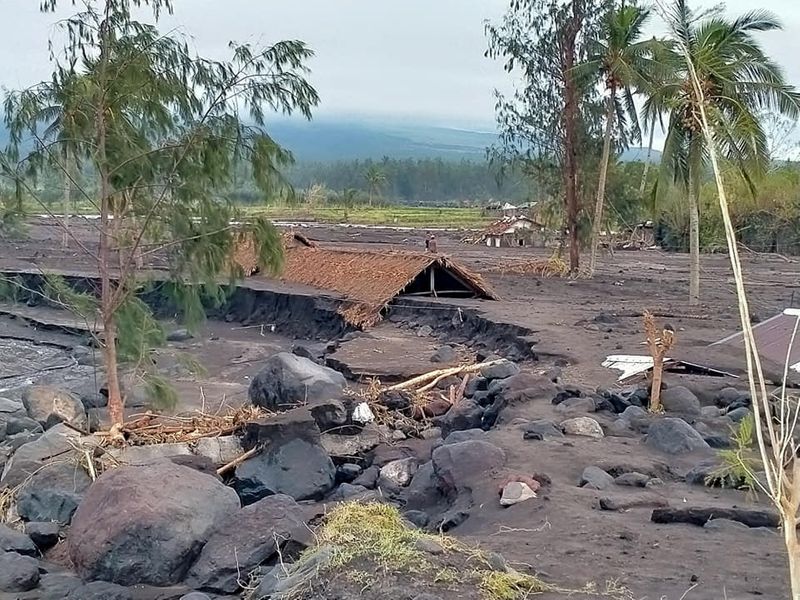 MANILA (Reuters) – Philippine President Rodrigo Duterte will inspect on Monday areas hit by Typhoon Goni, the world’s strongest typhoon this year, as authorities claimed mandatory evacuations had prevented a higher death toll even as some areas remained cut off.

The country’s disaster agency said in a statement Goni had killed at least 16 people with three people reported missing.

Goni, the 18th cyclone to hit the Philippines this year and among the strongest typhoons to hit the nation since Haiyan that killed more than 6,300 people in 2013, battered provinces south of the capital on Sunday.

“The goal should be zero casualties but since people were forcibly evacuated our casualties were reduced,” Harry Roque, spokesman for Duterte, told a news conference.

Duterte will fly to Manila from his home town of Davao on Monday and conduct an aerial inspection of some of the worst hit areas, Roque said. Duterte had been in his home town when the typhoon struck prompting some public criticism.

The Philippine police chief was on his way to Guinobatan in Albay province after a local lawmaker reported around 300 houses had been buried under volcanic rock and mud flows from the Mayon Volcano.

Goni, which had gusts of up to 310 kph (190 mph, destroyed up to 80% of homes in several towns in Catanduanes, Senator Richard Gordon, chief of the Philippine Red Cross, told DZBB radio station.

Catanduanes, a province of 275,000 people, was cut off, with communication and power lines down, said Energy Secretary Alfonso Cusi.

Goni affected 2.1 million residents in Luzon, which accounts for more than two thirds of the economy, and over 50,000 homes were without power on Monday.

Ahead of Goni’s landfall, the Philippines was still reeling from typhoon Molave that killed 22 people, mostly through drowning in provinces south of the capital Manila.

Another storm, Atsani, is gaining strength in the Pacific Ocean as it approaches the Philippines, which is usually hit by around 20 tropical storms annually.

Meanwhile, Vietnam’s government said Goni is forecast to make landfall on the country’s central coast Wednesday night, dumping more heavy rain in an area where floods and landslides have already killed around 160 people and left dozens of others missing over the past month.