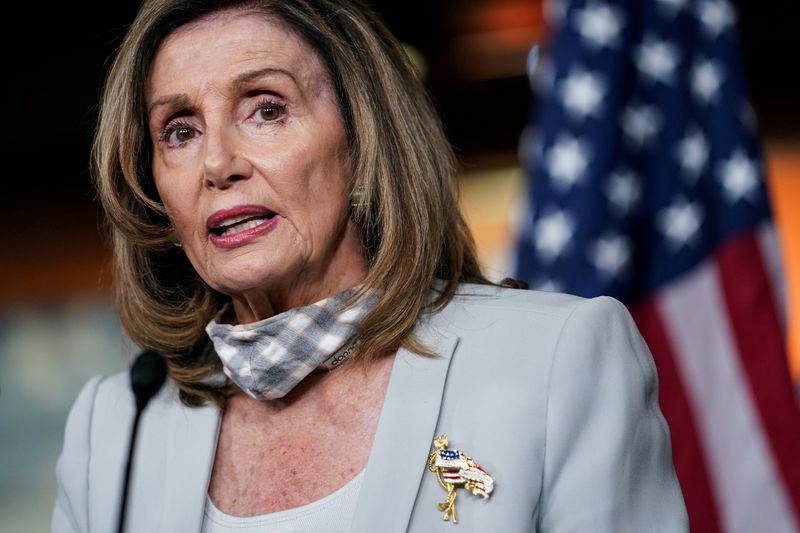 WASHINGTON (Reuters) – U.S. House Speaker Nancy Pelosi, the top Democrat in Congress, said on Sunday she thinks a deal can be reached with the White House on a coronavirus relief package and that talks were continuing.

“We are having our conversations. And when I have a conversation with the administration, it is in good faith,” Pelosi said on CNN. “I trust (Treasury) Secretary (Steve) Mnuchin to represent something that can reach a solution. And I believe we can come to an agreement.”

Formal talks between Pelosi, Senate Democratic leader Chuck Schumer, Mnuchin and White House Chief of Staff Mark Meadows aimed at hammering out a relief package broke down on Aug. 7 with the two sides far apart. Pelosi and Mnuchin have since spoken by phone.

Pelosi on Sunday said it was “definitely a possibility” that she would offer legislation in the coming days if the impasse with the Trump administration continued but said she would rather have a deal with the White House than a “rhetorical argument.”

Any legislation the Democratic-led House might approve would be unlikely to advance in the Senate, which is controlled by Republicans.

Pelosi and Schumer had originally sought a $3.4 trillion relief package but have scaled back their demands. Meadows has previously said that Trump would be willing to sign a $1.3 trillion bill.