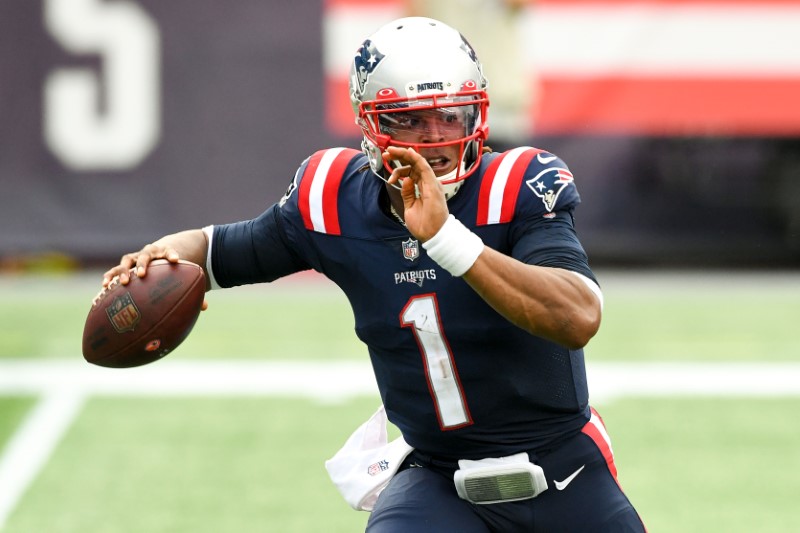 The New England Patriots game at the Kansas City Chiefs will not be played Sunday amid positive COVID-19 tests for both teams, the NFL said Saturday.

Quarterback Cam Newton was the New England player who tested positive and the team officially placed him on the COVID-19 list later Saturday.

The league said it will look to move the game to Monday or Tuesday night at Arrowhead Stadium.

While neither the teams nor the league publicly revealed the players who tested positive, multiple reports plus the league’s transactions list indicated they were Newton and Chiefs’ practice squad quarterback Jordan Ta’amu.

“In consultation with infectious disease experts, both clubs are working closely with the NFL and the NFLPA to evaluate multiple close contacts, perform additional testing and monitor developments. All decisions will be made with the health and safety of players, team and gameday personnel as our primary consideration,” the NFL said in its statement announcing the postponement.

“Late last night, we received notice that a Patriots players tested positive for COVID-19. The player immediately entered self-quarantine. Several additional players, coaches and staff who have been in close contact with the player received point of care tests this morning and all were negative for COVID-19,” the statement began.

“We are in close consultation with the NFL, as well as our team of independent doctors and specialists, and will follow their guidance regarding our scheduled trip to Kansas City and game against the Chiefs. The health and safety of our team, as well as our opponent, are of highest priority.”

It was the first positive COVID-19 test for the Patriots this season.

Veteran Brian Hoyer is Newton’s backup, with Jarrett Stidham, the Patriots’ fourth-round pick in 2019, serving as the third-string quarterback.

New England (2-1) will surely miss Newton on the field, as he’s racked up 714 yards passing, 149 rushing and six total touchdowns over the first three games with the Patriots.

Newton, the No. 1 overall pick by the Carolina Panthers in 2011, signed with the Patriots as a free agent in July. Now, 31, he was the NFL’s Most Valuable Player in 2015.

Sports Illustrated reported Saturday afternoon that both the Chiefs’ and Patriots’ facilities closed on Saturday and would remain closed on Sunday, moving the likelihood of the game being played Tuesday if it remains on the Week 4 schedule.

A postponed game also will put the Chiefs in a schedule crunch, with three games possible within 10 days. They are scheduled to host the Las Vegas Raiders on Oct. 11 and play the Bills at Buffalo on Oct. 15.

In response to the postponement, the NFL also moved the game between the Chicago Bears and Indianapolis Colts to the 4:25 p.m. slot vacated by the Chiefs and Patriots.