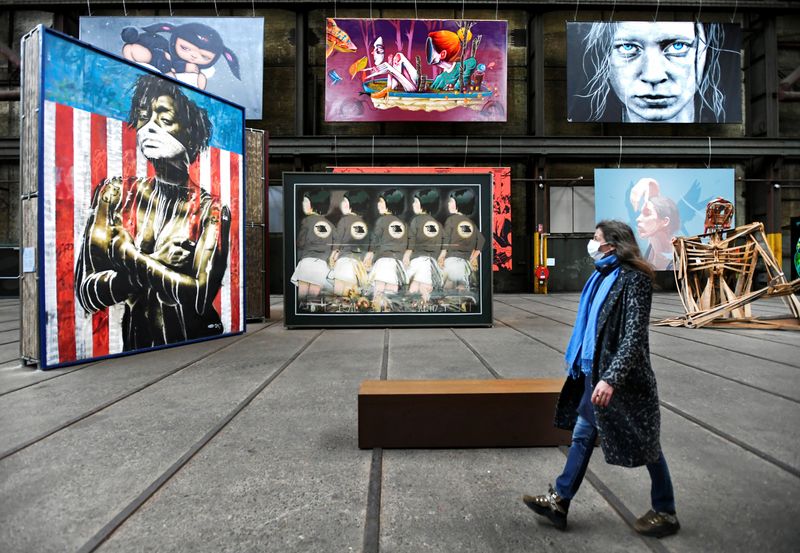 © Reuters. Outbreak of the coronavirus disease (COVID-19), in Amsterdam

By Jan Lopatka and Marine Strauss

PRAGUE/BRUSSELS (Reuters) – European countries have begun to close schools and cancel surgeries, going well beyond curbs on social life, as overwhelmed authorities face their nightmare scenario of a COVID-19 resurgence right before the onset of winter.

Most European nations eased lockdowns over the summer to start reviving economies already heading for unprecedented downturns and job losses from the pandemic’s first wave.

But the return of normal activity – from packed restaurants to new university terms – fuelled a sharply-rising spike in cases all over the continent.

Bars and pubs were among the first to shut or face earlier closing in the new lockdowns, but now the surging infection rates are also testing governments’ resolve to keep schools open and non-COVID medical care going.

The Czech Republic, which has Europe’s worst rate per capita, has shifted schools to distance learning and hospitals started cutting non-urgent medical procedures to free up beds. Bars, restaurants and clubs have shut.

“Sometimes we are at the edge of crying, that happens quite often now,” said Lenka Krejcova, a head nurse at Slany hospital northwest of Prague, as builders sped through the hospital’s corridors to turn a general ward into a COVID-19 department.

Moscow authorities said on Wednesday they would introduce online learning for many students starting on Monday, while Northern Ireland announced a two-week schools’ closure.

Major European economies of Germany, Britain and France have so far resisted pressure to close schools, a move that during the spring lockdowns created hardship across the workforce, with parents struggling to juggle child care and work from home.

In Germany, politicians are debating whether to extend the Christmas-New Year break to reduce contagion among children spreading to the wider community, though critics say there is no evidence that schools have been infection hot spots.

The Netherlands returned to “partial lockdown” on Wednesday, closing bars and restaurants, but kept schools open.

European daily infections have been running at an average of almost 100,000 a day, forcing governments to introduce a range of tightening restrictions, each attempting to calibrate them in order to protect health without destroying livelihoods.

“It’s a mess, it’s a mess, my son, what can I tell you? We really don’t know how we are going to end up,” said an Italian pensioner in Rome.

French President Emmanuel Macron is expected to unveil further restrictions on Wednesday, with media reporting that city curfews are under consideration.

British Prime Minister Boris Johnson faces opposition calls to impose another national lockdown in England, but has so far resisted. Hospital admissions, however, are climbing and field hospitals in the spring are once more being readied.

In Spain, authorities in its richest region of Catalonia are set to announce either a closure of bars and restaurants for two weeks or a drastic reduction in opening hours.

In Belgium, with Europe’s second worst infection rate per capita, hospitals now have to reserve a quarter of their beds for COVID-19 patients.

“We can’t see the end of the tunnel today,” Renaud Mazy, the managing director of the University Clinics of Saint-Luc in Brussels, told Belgian radio La Premiere.