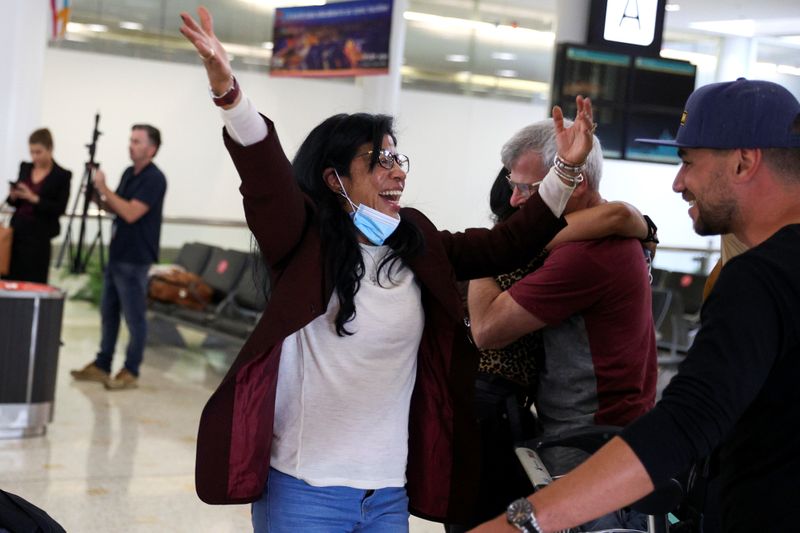 MELBOURNE (Reuters) – Australia’s coronavirus hotspot of Victoria recorded a single case of the disease on Saturday – the lowest daily number since early June – and no deaths, with the state’s top health official saying the figures were “one-der-ful”.

Victoria’s capital Melbourne, which has been the epicentre of the country’s COVID-19 outbreak, is in its third month of a stringent lockdown and Premier Daniel Andrews is due to update plans to ease restrictions across the state on Sunday.

“We live in hope,” Brett Sutton, Victoria’s chief health officer, said at a televised news conference. Earlier, when the coronavirus numbers were released, he said on his Twitter account: “One. One-der-ful.”

The federal government has been increasingly putting pressure on Andrews to reopen the city and the state, with Health Minister Greg Hunt saying on Twitter on Saturday that it was time to ease.

“The epidemiological conditions for a Covid Safe reopening of hospitality, movement & family reunions among others, have now been firmly met,” Hunt said.

But Andrews, whose Labor Party government is in opposition to the conservative Liberal Party at the helm of the federal government, said he would not get pressured.

“No one should be suggesting that .. (we) are keeping the restrictions on any longer than they need to be,” Andrews told the news conference. “We aren’t going to risk everything that Victorians have sacrificed.”

Victoria state officials have said they would ease restrictions when the average for new daily cases over a two-week window falls below five. On Saturday, the 14-day day rolling case average was 8.1, down from 8.7 in the previous day.

In neighbouring New South Wales, Australia’s most populous state, there were seven new cases of COVID-19, five of which locally acquired and most linked to an outbreak at a childcare centre.

Meanwhile, 17 travellers of the hundreds who flew from New Zealand to Sydney as part of a new trans-Tasman travel bubble, travelled later to Melbourne, which is not part of the bubble, and were being sought by health authorities, officials in Victoria said.