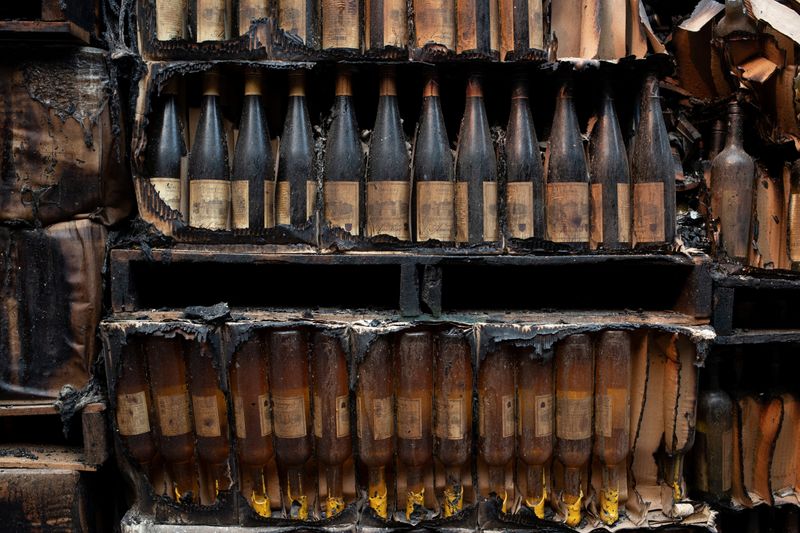 CALISTOGA, Calif. (Reuters) – The death toll from a wildfire raging in northern California’s Cascade foothills climbed to four on Wednesday as firefighters battling that blaze and another wreaking havoc in wine country near San Francisco braced to confront a new bout of high winds.

Diminished winds across northern California assisted fire crews in making some initial headway on Tuesday against both blazes, which have scorched well over 100,000 acres (40,000 hectares) combined since they erupted about 200 miles (320 km) apart on Sunday.

On Wednesday, crews fighting the so-called Zogg Fire in Shasta County and a separate blaze dubbed the Glass Fire in Napa and Sonoma counties scrambled to reinforce their control lines and tamp down hotspots while weather remained in their favor.

A red-flag warning for heightened wildfire risks, including extreme winds, was set to be reinstated Wednesday evening for areas just north of San Francisco Bay, including the world-class wine-growing regions of Napa and Sonoma counties.

“Now’s the time for our firefighters to buckle down,” Bill See, a California Forestry and Fire Protection (Cal Fire) commander said during a late-morning update on the Glass Fire, which stood at just 2% containment on Wednesday. “We’ll be diligently trying to secure the back door on this fire.”

Authorities were also on guard for a return of high winds in Shasta County, closer to the Oregon border, where the Zogg Fire was listed at 7% containment, Cal Fire officials said.

The Shasta County sheriff reported that an evacuee who was badly burned on the first day died on Tuesday night, marking the fourth fatality from the Zogg, all of them civilians.

Their deaths brought to 30 the number of people killed since mid-August in what now ranks as the worst California wildfire season on record in terms of acreage burned.

Firefighters in Napa Valley focused much of their efforts on the popular resort of Calistoga, a town of 5,300 residents known for its hot springs, mud baths and wine tasting rooms but ordered fully evacuated late on Monday.

The Glass Fire has already destroyed 80 homes and 32 other structures, including the mansion-like Chateau Boswell winery and a farmhouse containing storage, bottling and fermentation facilities at the Castello di Amorosa winery, built to resemble a 13th-century Tuscan castle. The castle itself was unscathed.

Some 80,000 people in all have been placed under evacuation orders in Napa and Sonoma counties.

The Zogg Fire, burning near the town of Redding, has destroyed at least 146 structures, with some 15,000 structures listed as threatened and 2,200 residents under evacuation orders or advisories.

The causes of the two fires are under investigation. Both were fueled by overgrown thickets of tinder-dry grass scrub covering the hilly, rugged terrain in each area.

The Glass Fire struck midway through the traditional grape-harvesting season in Napa and Sonoma counties, both world-renowned among California’s wine-producing regions and still reeling from a cluster of large wildfires earlier this summer.

The full effect on the region’s wine business remains to be seen. But industry officials said some vintners would likely scale back production of certain wines due to smoke exposure to grapes still on the vines when the fires struck. Several Napa Valley growers said recently they would forgo a 2020 vintage altogether due to smoke contamination of their crop.

The blazes marked the latest flashpoints in a destructive spate of wildfires this summer across the U.S. West.

California fires have scorched over 3.9 million acres (1.5 million hectares) since January – far exceeding any single year in state history. They have been stoked by increasingly frequent and prolonged bouts of extreme heat, high winds and dry-lightning sieges that scientists attribute to climate change.

More than 7,200 homes and other structures have burned statewide this year.