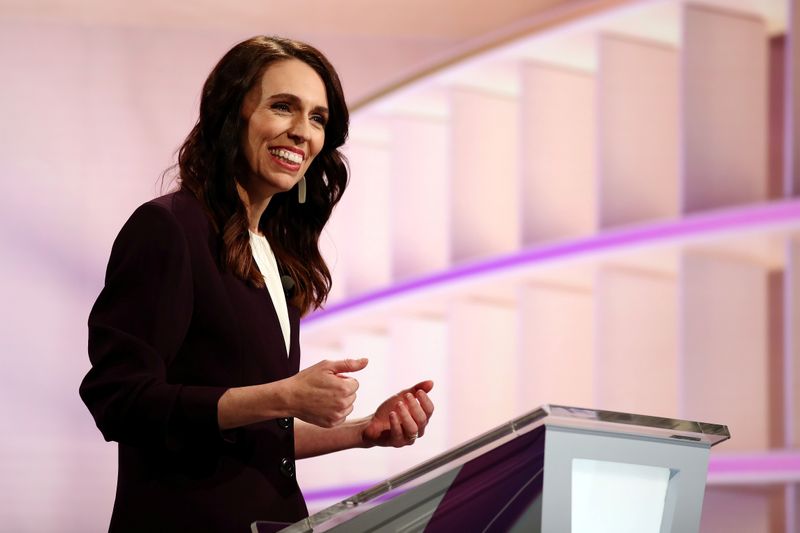 WELLINGTON (Reuters) – New Zealand Prime Minister Jacinda Ardern on Sunday burnished her leadership credentials on the back of her successful response to the coronavirus pandemic at a campaign rally six days ahead of the country’s election on Oct. 17.

Polls show Ardern’s Labour Party is expected to win the election with a wide lead over the conservative National Party, and could form government in a coalition with the Greens and New Zealand First.

“While there was no playbook for COVID-19, we went hard and early and committed to a strategy of elimination which has meant that when we’ve had new cases, we’ve circled and stamped them out and opened up our economy faster than others,” Ardern told a campaign rally in the capital Wellington.

“I will always maintain that it has been and will continue to be the right thing to do.”

New Zealand, with 1,514 confirmed cases of COVID-19 and just 25 deaths in a population of 5 million, has been hailed along with South Korea and Taiwan for its success in combating the novel coronavirus partly due to swift lockdown measures.

Ardern, 40, became the world’s youngest female leader in 2017 and holds huge appeal following her strong response to the pandemic and her handling of last year’s shooting by a white supremacist at two mosques in New Zealand’s worst mass murder.

She is running for re-election on a platform of boosting infrastructure spending, tackling the country’s chronic housing shortage, improving health care and achieving 100% renewable electricity by 2030.