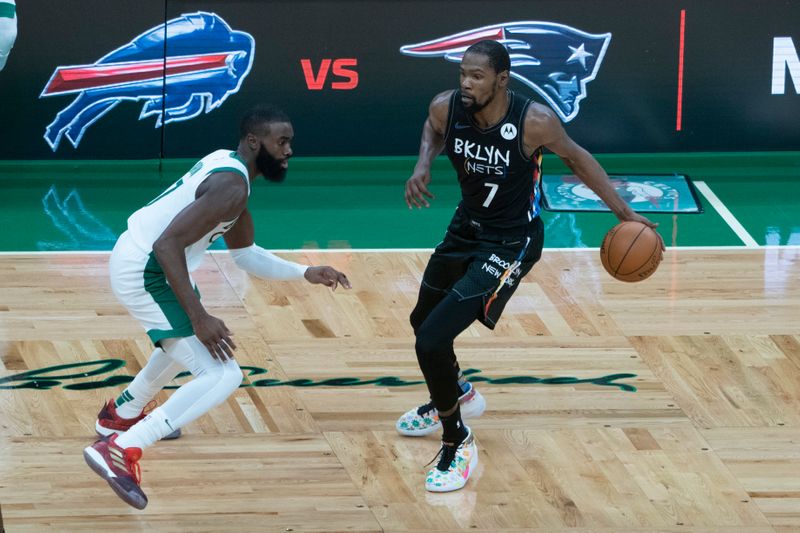 Kyrie Irving scored 37 points, Kevin Durant added 29, and the visiting Brooklyn Nets enjoyed a successful return to the NBA’s Christmas Day schedule by pulling away in the second half for a 123-95 victory over the Boston Celtics on Friday.

In his first regular-season game in Boston since joining the Nets, Irving made 13 of 21 shots, hit seven 3-pointers, and handed out eight assists. Irving scored 17 by halftime, but the Nets trailed by three before outscoring Boston 72-41 in the second half in their first Christmas Day game since facing Chicago in 2013.

Durant made 9 of 16 shots, hit including 3 of 4 from 3-point range, and came to life with an array of moves in the third quarter when he scored 16 points and made 6 of 7 shots.

Jaylen Brown scored 27 points for the Celtics, who shot 32.6 percent in the second half and 37.8 percent overall. Jayson Tatum added 20 points and eight rebounds.

Anthony Davis had 28 points and eight rebounds as host Los Angeles coasted to a victory over Dallas. Davis converted 10 of 16 shots and 3 of 5 3-point attempts.

Miami lost star Jimmy Butler due to injury in the first half but held off Zion Williamson and New Orleans for a home win. Butler departed due to right ankle stiffness.

Williamson, making his Christmas Day debut, produced his second double-double in two contests this season with 32 points and 14 rebounds, both game highs. Brandon Ingram added 28 points for the Pelicans.

The Heat were led by Duncan Robinson, who had 23 points and made 7 of 13 3-pointers. Bam Adebayo had 17 points, and Goran Dragic added 18 points and a game-high nine assists off the bench.

Giannis Antetokounmpo was held to 15 points on 4-for-14 shooting, but Middleton and four other teammates scored in double figures as the Bucks quickly erased the bad taste of a last-second loss at Boston with their first win of the season.

Stephen Curry had a team-high 19 points and rookie James Wiseman 18 for the Warriors, who have been outscored by a combined 65 points in their first two games.