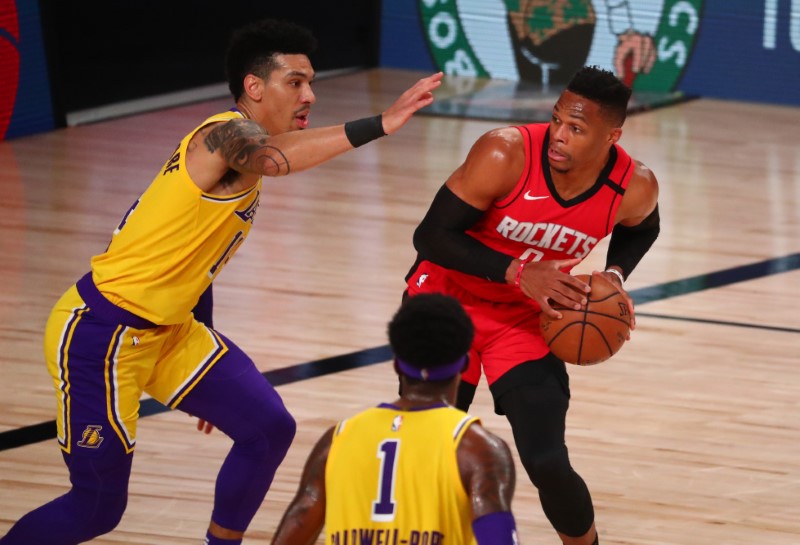 (Reuters) – The Houston Rockets have agreed to trade 2017 NBA MVP Russell Westbrook to the Washington Wizards for five-time All Star point guard John Wall and a future first-round draft pick, both teams announced on Wednesday.

The 32-year-old Westbrook, a nine-time All Star point guard who spent the bulk of his career with the Oklahoma City Thunder before being traded to Houston in 2019, averaged 27.2 points and 7.9 rebounds in the most recent season.

The Rockets had hoped Westbrook would help them to a first NBA title since winning back-to-back championships in 1994-95 but they were eliminated from the playoffs by the Los Angeles Lakers in the Western Conference semi-finals.

Westbrook will be reunited with Wizards coach Scott Brooks, who was his coach for seven years in Oklahoma City.

“Russell’s accomplishments and honors on the court speak for themselves, but his drive and will to win are what separate him as a truly unique player,” said Brooks.

“As much as I’m looking forward to reuniting with him, I’m equally sad to say good-bye to John. He is one of the toughest and most gifted players I’ve ever been around and we all wish him nothing but the best moving forward.”

Wall has spent his entire nine-year career with the Wizards. The 30-year-old missed the 2019-20 campaign through injury and played only 32 games the season prior.

The move comes amid widespread reports that 2018 MVP James Harden, the league’s leading scorer, was seeking a trade from the Rockets after the departure of the team’s head coach and general manager.