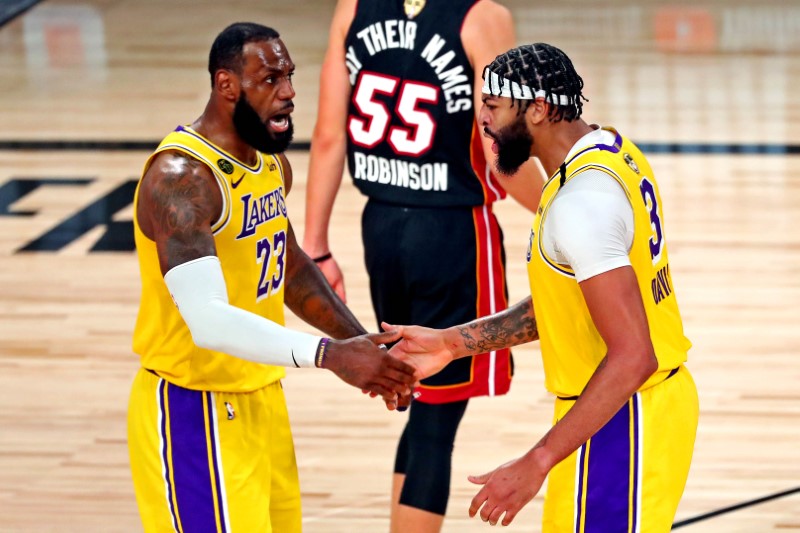 Despite featuring the duo of LeBron James and Anthony Davis, and having two major-market teams playing in the Los Angeles Lakers and Miami Heat, Game 1 of the NBA Finals on Wednesday night drew record-low TV ratings.

The game — a 116-98 Lakers win — drew 7.41 million viewers to ABC, according to overnight ratings. The previous low was 8.06 million viewers for Game 3 of the 2003 NBA Finals between the New Jersey Nets and San Antonio Spurs.

The number is also a 45 percent drop compared to the audience for last year’s Finals opener between the Toronto Raptors and Golden State Warriors.

On the plus side, the ABC broadcast still led all shows in total viewers, and drew the same rating among 18-49-year-olds that it drew for the Oscars.

The numbers come two weeks after MoffettNathanson Research found that overall TV viewership was down 26 percent year over year in August and down 27.1 percent through the first half of September.

The Stanley Cup Finals were down more than 60 percent, as well, this year.

Game 2 will be played Friday night, from the NBA’s bubble near Orlando.