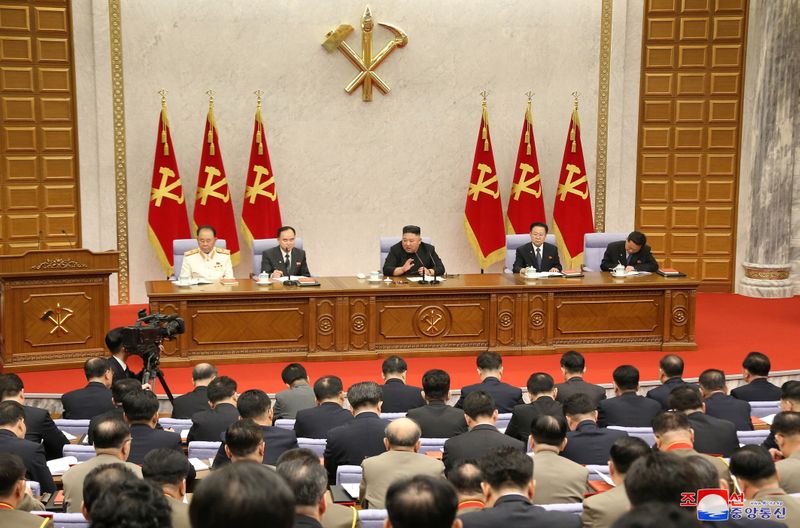 The remarks come on the third day of the party’s plenary meeting, where Kim had also laid out party plans for South Korea relations and external affairs, as well as plans for each economic sector.

In January, Kim openly admitted that his previous five-year economic plan had failed to meet its goals in almost every sector.

Kim this week stressed the importance of strengthening legal supervision and control over the next five-year plan, which was unveiled at a congress in January, state media KCNA said.

“It called upon the legislation sector to remove irrational elements becoming stumbling blocks to the implementation of the national economic plan and enact and perfect new laws for every sector,” KCNA reported.

Kim blamed the party for failing to fulfil its responsibilities and role as “organisers and standard-bearers” in carrying out previous economic policies.

“Legislative bodies including the prosecution organ should increase their role to make sure the national economic plan is properly distributed and correctly executed,” Kim told the party on Wednesday in a statement carried by KCNA.