Mysterious robocalls – but no evidence of U.S. election hacking 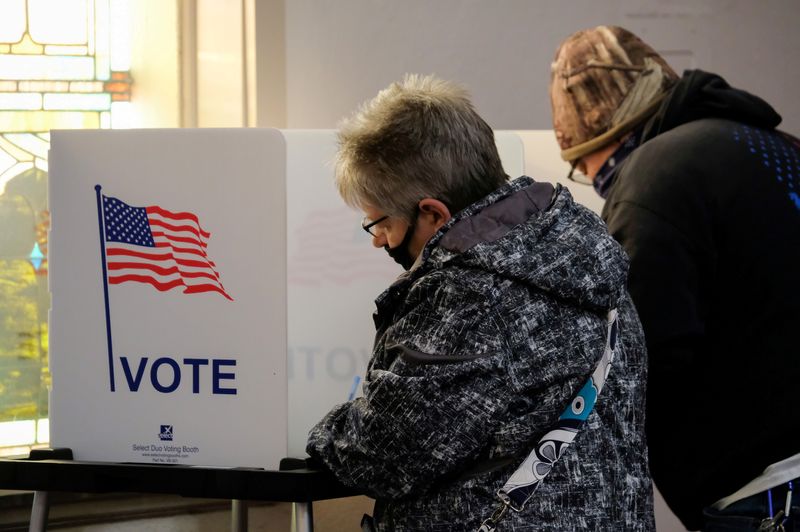 By Raphael Satter and Christopher Bing

WASHINGTON (Reuters) – Voters in several U.S. states have received mysterious robocalls urging them to stay home on Election Day, according to state and party officials.

But midday Eastern time – with more than half the expected number of American ballots already cast – there was little sign of digital interference long dreaded by those charged with keeping the vote safe.

“We’re not out of the woods yet,” said Christopher Krebs, a senior Department of Homeland Security official who has become one a leading government spokesman on election security. He told a press conference earlier Tuesday that “today in some sense is halftime. There may be other events or activities or efforts to interfere or undermine confidence in the election.”

Worries that a foreign power might seek to intervene in the 2020 vote have been circulating ever since the previous election in 2016, when Russian hackers dumped tens of thousands of emails online to sway the vote towards Republican Donald Trump and away from Democratic challenger Hillary Clinton.

But those worries did not materialize as more than 99 million Americans cast their ballots in an unprecedented wave of early voting – well on the way to the 160 million expected by experts.

Speaking alongside Krebs, the acting U.S. Department of Homeland Security secretary, Chad Wolf, said on Tuesday that “we have no indications that a foreign actor has succeeded in compromising or manipulating any votes in this election.”

There were, however, signs of more traditional threats in form of machine breakdown and malicious robocalls.

Authorities and party officials in swing states including Iowa, Pennsylvania, Michigan and Florida reported a spike of automated phone calls warning voters away for the polls for a variety of bogus reasons.

“Getting reports of multiple robocalls going to Flint residents that, due to long lines, they should vote tomorrow,” Michigan Attorney General Dana Nessel said on Twitter.

“Obviously this is FALSE and an effort to suppress the vote.”

There were tech glitches too.

Ridley did not immediately return Reuters’ requests for comment. Local media reports said provisional ballots were being sent to polling stations so people could still vote, and two U.S. officials told Reuters the problems were consistent with a malfunction.

“It appears to be a typical technology challenge,” one said.

In his comments to journalists, Krebs reminded voters that technical problems were not unexpected – and to steer clear of rumors and unverified information.

He and Wolf advised patience as Americans await the results, which – given the disruptions connected to the COVID-19 pandemic and the flood of mail-in voting – could take days to come into focus.

“It is important to recognize this process may require time,” Wolf said.