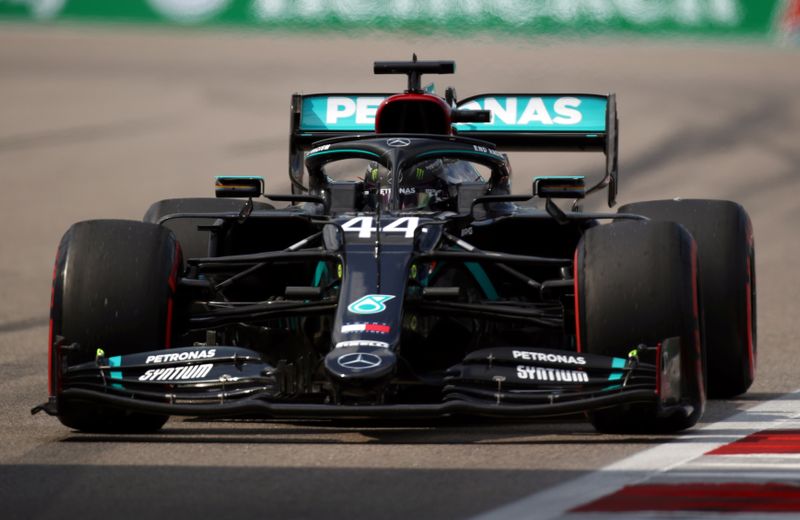 (Reuters) – Formula One world championship leader Lewis Hamilton showed his pace on Saturday with the fastest lap in final practice for a Russian Grand Prix that could bring him a record-equalling 91st career win.

The 35-year-old Briton led a Mercedes one-two on top of the timesheets, with Finnish team mate Valtteri Bottas 0.776 seconds slower after setting the pace in both Friday sessions.

Six-time world champion Hamilton, who set his best time of one minute 33.279 seconds with 14 minutes to go in the session, has won four times in Russia before.

Dominant Mercedes have won every race in Russia since the first in Sochi in 2014.

A win on Sunday would see Hamilton equal seven-time champion Michael Schumacher’s all-time record of 91, a milestone that looked likely to stand the test of time when set by the German with Ferrari (NYSE:) in 2006.

Hamilton leads Bottas by 55 points in the championship after nine races.

Ocon’s Australian team mate Daniel Ricciardo struggled in the session with a dislodged wing mirror, trying to adjust it at speed with his left hand.