Monolith or just trash? Metal sculpture in Utah appears to have been demolished 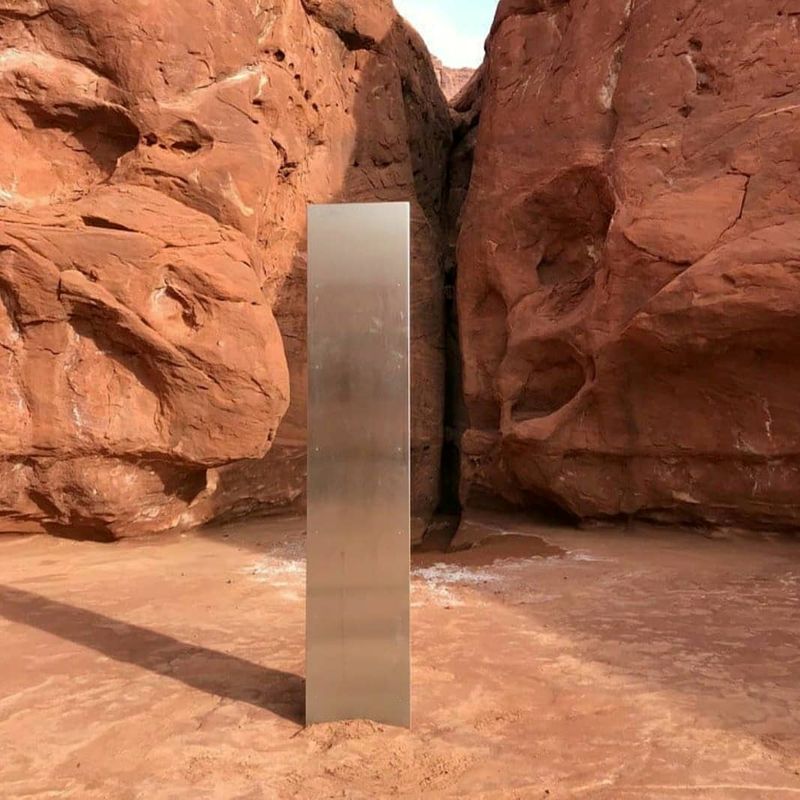 (Reuters) – The mysterious metal column found standing inexplicably in a remote part of Utah’s desert last month was knocked down and dismantled by a group of men who considered it “trash,” according to a photographer who documented the object’s demise.

As images of the object gleaming amid dusty red rocks spread online, many noted a vague resemblance to the so-called “monoliths” in Stanley Kubrick’s 1968 film “2001: A Space Odyssey,” prompting strained jokes about a possibly extraterrestrial origin.

But photographer Ross Bernards posted images to Instagram on Monday of what he said were the object’s final moments that show there is nothing especially alien about the technology behind the sculpture: it appeared to be sheets of metal riveted to a hollow wooden scaffold. https://www.instagram.com/p/CIOOkwMBkAS

After getting some shots, he said he heard some voices coming up the canyon, and four men appeared. Bernards wrote that he stepped away so the new group could also enjoy some time alone with the object, only to watch as they began shoving it.

“They gave a couple of pushes on the monolith and one of them said, ‘You better have got your pictures,'” Bernards wrote. “He then gave it a big push, and it went over, leaning to one side. He yelled back to his other friends that they didn’t need the tools. The other guy with him at the monolith then said ‘this is why you don’t leave trash in the desert.'”

The object soon fell with a loud bang, and the men made quick work of breaking it apart and carting it off in wheelbarrows, Bernards wrote.

“Leave no trace,” one of the men told Bernards and his friends.

The U.S. Bureau of Land Management, which oversees the desert where the object was found, said last week it was not investigating because it considered the object private property, and so a matter for the local sheriff.

The San Juan County Sheriff’s office did not respond to questions on Tuesday, but said in a statement earlier this week it “did not have the proper resources to devote much time” to the object’s arrival or disappearance.