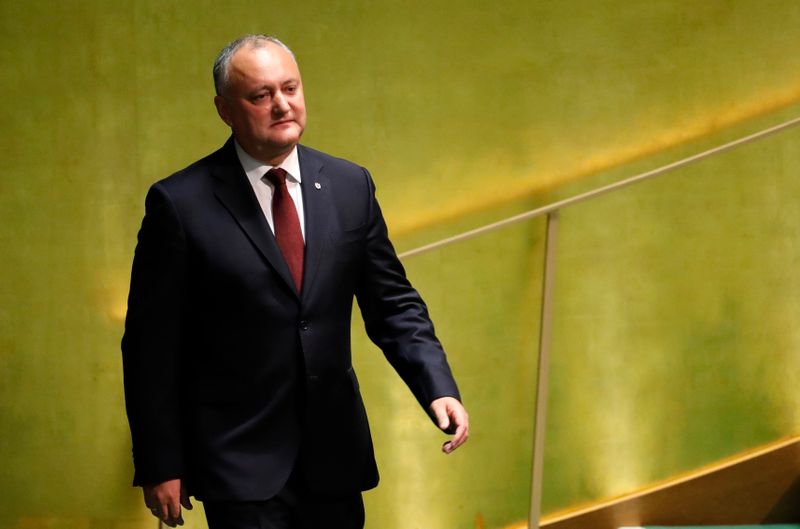 CHISINAU (Reuters) – Moldovans vote in a presidential election on Sunday in which the pro-Russian incumbent Igor Dodon is bidding for a second term against former Prime Minister Maia Sandu, who wants to pull the country closer to the European Union.

The election in the nation of 3.5 million, where the West and Russia vie for influence, takes place in the shadow of the coronavirus pandemic that has pushed one of Europe’s poorest countries into a sharp economic downturn.

Dodon took power in 2016 after pro-Western political forces became mired in scandals. He has led opinion polls against seven other candidates going into Sunday’s vote but may not win outright, which would lead to a run-off.

Sandu, a Harvard-educated former World Bank economist known for her tough stance on corruption, led a short-lived coalition government last year that was brought down by a no confidence vote within months.

If elected, she has promised to secure more financial support from Brussels, while Dodon has pledged to roll out a settlement next year for the breakaway Russian-speaking region of Transdniestria.

The EU in 2014 forged a deal on closer trade and political ties with the ex-Soviet republic, which is squeezed between EU member Romania and Ukraine, but became increasingly critical of Chisinau’s track record on reforms.

A group of Dodon’s supporters denounced such support as an attempt to destabilise the country.

Sergei Naryshkin, the head of Russia’s SVR Foreign Intelligence Service, last week accused the United States of plotting to instigate mass protests against Dodon as punishment for him fostering good relations with Moscow.