: Minneapolis Fed President on Capitol riots: ‘The most stark example of racism’ 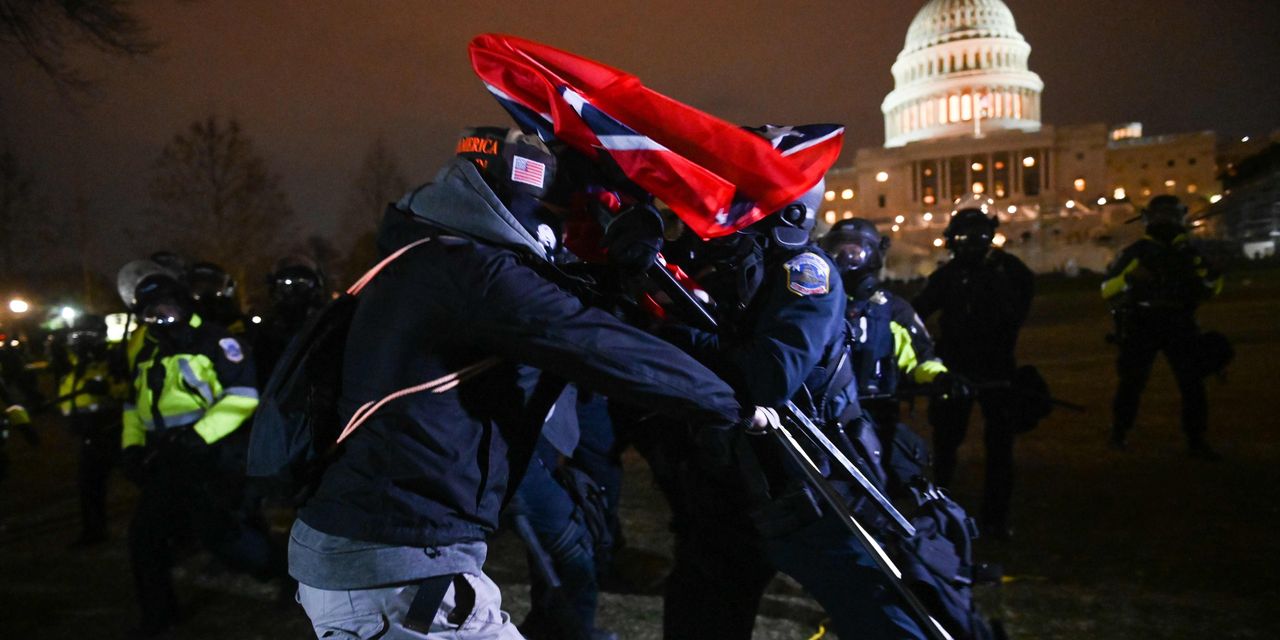 The riot at the Capitol last week provides a “stark example” of racism in the U.S., according to one powerful economic policymaker.

“What we saw last week at the Capitol, obviously, it was a shocking threat to our democracy, everybody is outraged by that,” said Neel Kashkari, the president of the Federal Reserve Bank of Minneapolis. “But I just have to say, for my own opinion, if those were Black armed militants storming the U.S. Capitol, I think they’d all be dead right now,” he said.

“That is the most stark example of racism and disparities in our society,” he added.

Kashkari’s comments, which came during a virtual event Tuesday focused on structural racism in education, echoed a contrast observed by many following the insurrection at the Capitol: That participants in the largely peaceful Black Lives Matter protests over the summer were met with rubber bullets, while armed, mostly white rioters were able to storm their way into the Capitol relatively easily.

Tuesday’s event was part of a broader series on racism and the economy hosted by the Federal Reserve banks of Atlanta, Boston and Minneapolis. The banks launched the seven-part series in October, acknowledging the role that the killing of George Floyd, which inspired this summer’s protests, played in encouraging stakeholders to address systemic racism. Given that the series is hosted by Federal Reserve banks, it’s particularly focused on how tackling racism can improve economic opportunities.

“A more inclusive society means better growth and prosperity for our entire country, but to achieve this goal, we need to address entrenched barriers to educational opportunity,” Robert Kaplan, the president of the Federal Reserve Bank of Dallas, said during the event. “Making progress in this effort will help us reach our full economic potential as a nation.”

But the event also highlighted the challenges stakeholders face in rooting systemic racism and its consequences out of education. Gaps in educational attainment and access to quality education by race and income have persisted for decades, and likely only widened as a result of the pandemic’s disruption to schools. These gaps have implications for children’s ability to improve their economic position relative to their parents.

In addition, access to quality education is predicated on a variety of other factors influenced by systemic racism including housing segregation and labor market discrimination. As some of the speakers at Tuesday’s event noted, it’s difficult for education to play its role as a tool of economic mobility without addressing some of these other variables.

“We need to change the way we finance education,” said Eric Rosengren, the president of the Federal Reserve Bank of Boston. “In the United States most of our funding occurs at the local level, that wouldn’t be a problem if we were distributed fairly evenly around the country in terms of income and race, but that’s not how we’re distributed.”

As part of the event, other speakers offered their own proposals for improving educational equity. Michael Thomas, the superintendent of the Colorado Springs School District, argued for working with educators to ensure they believe that every student has equal and intrinsic worth.

“We repeatedly wash ourselves of guilt, masked in these capitalist ideals that it’s OK, there’s always going to be a socially accepted ‘underclass,’’ he said. “If you fall into that category we can accept that because that’s capitalism at play. That’s a challenge that finds its way into our classrooms as well — those same ideals.”

Alan Page, a retired Minnesota Supreme Court Justice, proposed enshrining a child’s right to a quality education in state constitutions. Myra Jones-Taylor, chief policy officer at Zero to Three, a nonprofit organization focused on early childhood development, advocated for more predictable work schedules for parents and widespread paid family leave so that babies could have access to “the predictable responsive care and routines,” that help them thrive.

“If you do not have family economic security and you do not focus on the needs of babies, all of these things that we’re talking about for educational success later will be undermined,” Jones-Taylor said.

Finally, Takeru “TK” Nagayoshi, the 2020 Massachusetts teacher of the year, offered the Fed governors and other panelists his perspective on the best ways to improve educational outcomes. He shared how at the beginning of the pandemic, many of his Advanced Placement English students were missing their remote classes because they had to care for younger siblings, show up as essential workers, didn’t have reliable internet access, were coping with their parents’ recent job losses and other circumstances.

Nagayoshi, like many of the other speakers, agreed that improving racial equity in schools would require increasing the share of teachers of color. “People of color, on average, are more likely to have student debt and experience financial hardship,” Nagaoyshi said. “There’s a legitimate financial incentive to seek employment elsewhere even if your heart is to serve in your own community.”

“This is going to sound a bit haughty, but here’s a teacher-centric solution: Pay us more,”  Nagaoyshi said.