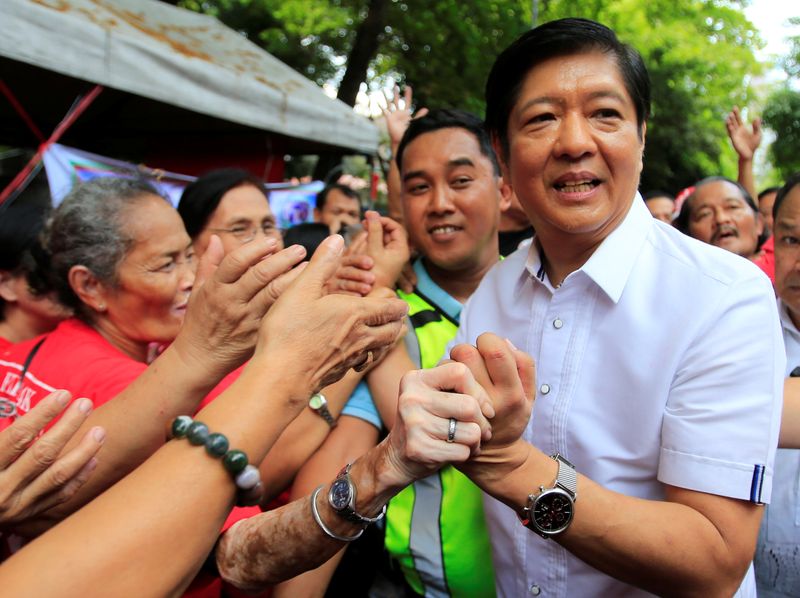 MANILA (Reuters) – The son of the late Philippine dictator Ferdinand Marcos has lost a bid to unseat the Southeast Asian country’s vice president after the Supreme Court threw out his petition contesting the results of the May 2016 elections.

The son, also called Ferdinand Marcos but popularly known as “Bongbong”, alleged he was unfairly robbed of victory after losing the vice presidential election to lawyer Leni Robredo by about 260,000 votes, claims Robredo denied.

In a statement, the court said its 15 judges had unanimously dismissed the petition, but did not specify the reasons.

Robredo welcomed the decision and told a news conference it “will allow us to focus on the more important work of serving our people.”

Vic Rodriguez, a spokesman for Marcos, said he could not make a statement until they had seen the ruling.

Unlike many countries, elections for the Philippine president and vice-president are held separately and the two can be political rivals.

The court’s decision comes as political manoeuvring builds ahead of elections next year to succeed President Rodrigo Duterte, with Robredo expected to be a presidential candidate.

Duterte said on Monday that Robredo was not qualified to run for president after she likened to extortion his decision to demand payment from the United States in exchange for keeping a two-decade-old troop-deployment agreement.

Marcos has been trying to rebuild his family’s tainted image and Duterte had previously stated he wanted him to be his vice president, though it is unclear if he will run next year.

Duterte has not named a preferred successor and his widely popular daughter, Sara, recently told Reuters she would not seek the presidency.

Sara, 42, who succeeded him as mayor of Davao City, came top in a recent opinion poll that asked the public to choose a preferred candidate from a list of possible contenders for the 2022 elections.