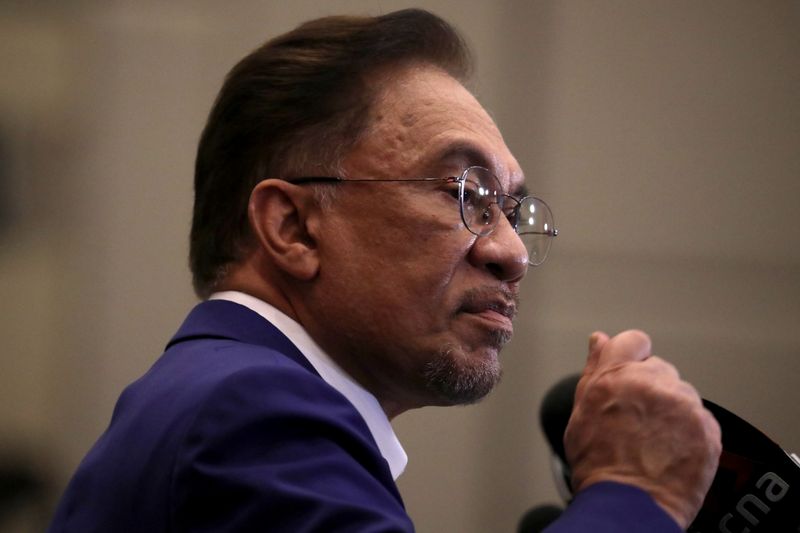 The opposition leader on Tuesday met with King Al-Sultan Abdullah in a bid to prove he has a “convincing” parliamentary majority to replace Prime Minister Muhyiddin Yassin and form a government.

Anwar had been asked to give a statement on Friday over complaints filed with the police about a list of 121 lawmakers said to be backing his bid for the premiership, which had gone viral on social media, criminal investigation department director Huzir Mohamed said in a statement.

“To date, a total of 113 police reports have been received,” Huzir said.

Police did not detail any of the complaints, but Huzir said investigations were guided by provisions under the penal code and a separate multimedia law covering statements that could cause public mischief or harassment.

Punishment for such offences include a jail term of up to two years and fines.

Anwar’s office did not immediately respond to a request for comment.

On Tuesday, Anwar said he had submitted documents to the king to back his claim to the premiership, but the palace later said he only provided the number of lawmakers who he said backed his bid and not their identities.

Anwar’s claim to the premiership has triggered a fresh bout of political wrangling in Malaysia, which is grappling with a recent spike in coronavirus cases and it’s worst recession since the global financial crisis.

Should Anwar succeed in securing the post, it would be the culmination of a 22-year long quest, which included nearly 10 years in jail on sodomy charges he denied. It would also mean Malaysia would have its third prime minister this year.