Lightning on verge of Stanley Cup after overtime win over Stars 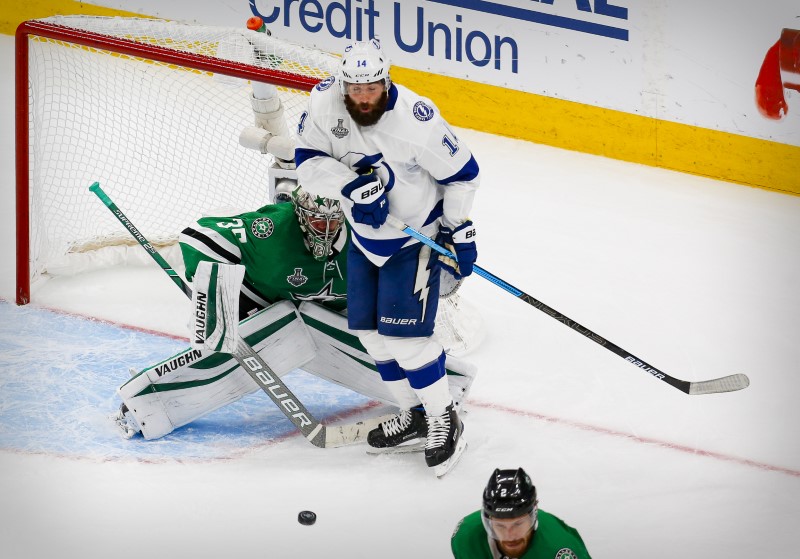 (Reuters) – The Tampa Bay Lightning used their vaunted powerplay to overcome the Dallas Stars 5-4 in overtime on Friday for a commanding 3-1 lead in the National Hockey League’s best-of-seven Stanley Cup Final.

Kevin Shattenkirk scored the winner seven minutes into the sudden-death extra period when he sent a snap shot through a screen on the powerplay to put the Lightning on the cusp of their first Stanley Cup since 2004.

“I just told Victor (Hedman) that if they come out hard just give it over to me and I am going to try and find a lane,” said Shattenkirk. “I just waited for the time and obviously was able to get one through.”

Game Five is scheduled for Saturday in Edmonton, which was selected as the site for the entire series to help limit travel and minimize COVID-19 risks.

The only team in history to come back from a 3-1 deficit in a final to hoist the Stanley Cup were the 1942 Toronto Maple Leafs, who won four straight games after losing the first three against the Detroit Red Wings.

Dallas had just three shots in the first period but goals from John Klingberg and Joe Pavelski had them up 2-0 late in the opening frame before Tampa Bay forward Brayden Point took over.

Point scored on a breakaway with 33 seconds left in the first and then tied the game with a powerplay goal two minutes into the second when he swatted the puck out of the air for his league-leading 13th goal of the playoffs.

Corey Perry put Dallas in front again near the midway mark of the second but a Stars penalty proved costly as Yanni Gourde fired home after the puck bounced right on to his stick with 66 seconds left in the frame.

Alex Killorn gave Tampa Bay their first lead of the night seven minutes into the third period but Pavelski scored his second goal of the game with just over eight minutes left in regulation to set up a tense finish.

“It’s an unfortunate way to lose that game the way we battled back,” said Stars head coach Rick Bowness. “I have full faith in our team that we will fight back, we will bounce back.”