Kremlin critic Navalny to magazine: Putin was behind crime against me 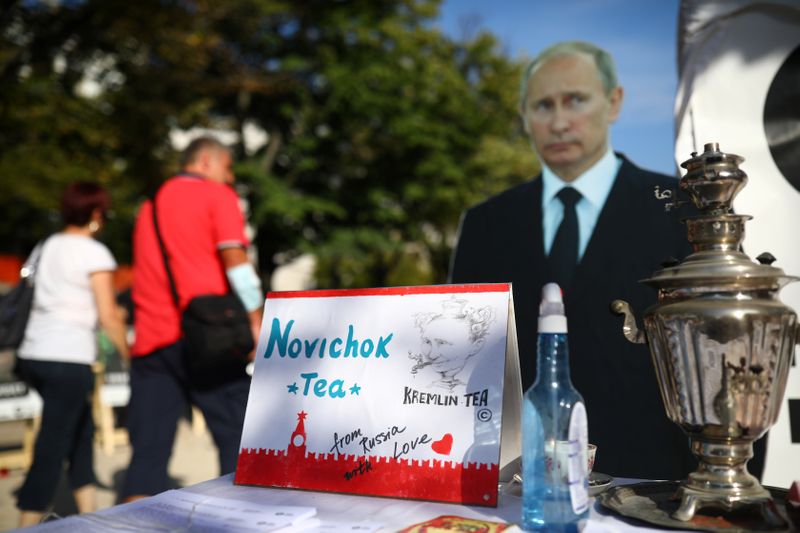 © Reuters. People pass a mock offer of “Novichok Tea” outside the Russian embassy in Berlin

BERLIN (Reuters) – Kremlin critic Alexei Navalny told a German magazine that Russian President Vladimir Putin was behind what Germany has said was poisoning and stressed that he was not afraid.

“I claim that Putin is behind the crime and I don’t have any other versions of what happened,” Navalny told Der Spiegel, according to an extract of an interview due to be published later on Thursday.

Navalny was flown from Russia to Berlin in August after falling ill on a domestic flight. He received treatment in the Charite hospital for 32 days before being discharged in September.