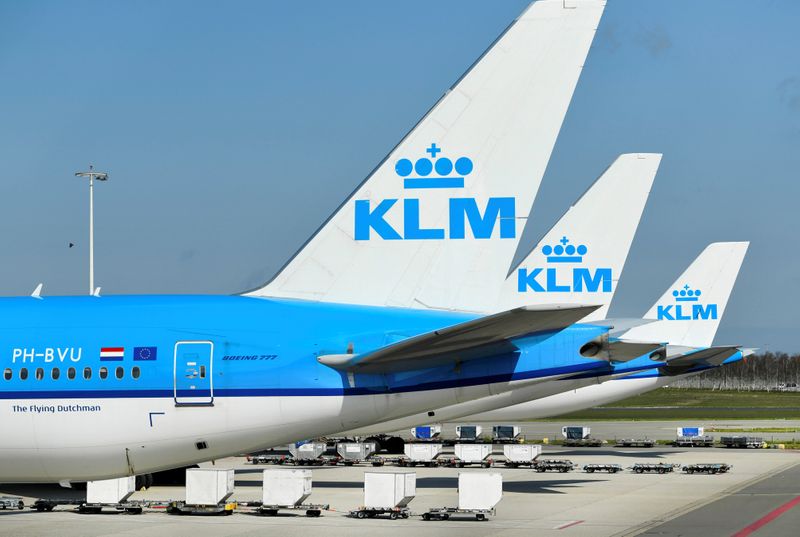 AMSTERDAM (Reuters) – Pilots at KLM, the Dutch arm of Air France-KLM (PA:), on Monday said they were willing to discuss extending a wage freeze, a demand of the Dutch government in return for state aid.

The pilots’ refusal to agree to the government’s terms this weekend jeopardised the planned 3.4 billion euro ($4 billion)bail out needed to help KLM cope with the fallout from the coronavirus pandemic.

“We want to talk to KLM and the Finance ministry to find a solution as soon as possible”, pilot union VNV chairman Willem Schmid told Dutch radio station BNR on Monday.

KLM did not comment on Schmid’s remarks, while the Finance ministry has said it will only talk to the airline’s board and not to individual unions.

The pilot union had earlier agreed to wage cuts for the period until March 2022, but the government on Friday demanded an immediate guarantee that wages would be frozen for at least three years after this period.

“This demand came out of nowhere”, Schmid said. “We want to know what we are asked to sign for.”

KLM’s works council on Monday called on all parties to reach an agreement.

Most unions representing ground and cabin crews have agreed to the extended wage freeze, which is set to last as long as the airline receives government support.

The FNV union for ground and cabin crews however declined to agree to the stricter terms this weekend as it waited for the piots to move.