Kissinger says U.S., China must cease escalating threats, or ‘we will slide into a situation similar to World War I’ 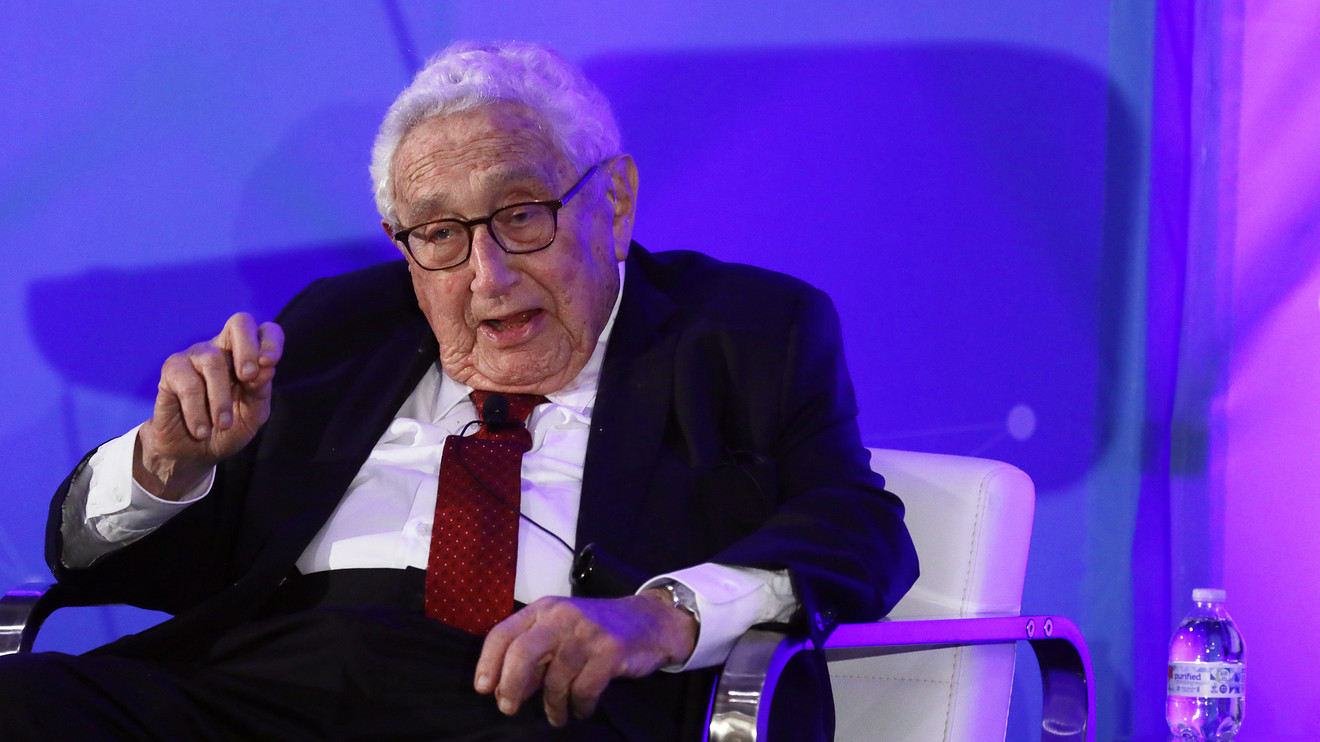 Henry Kissinger is no stranger to a hostile China.

As President Nixon’s national security adviser, Kissinger helped engineer the first official visit by an American delegation to the People’s Republic of China, which ultimately paved the way for Nixon to visit Beijing and the U.S. to resume a cooperative relationship with the country after a long period of diplomatic isolation.

On Wednesday afternoon, the famed diplomat warned that rising tensions between the U.S. and China could ultimately lead to a disastrous, kinetic war, in a virtual discussion with Federal Reserve Bank of New York President sponsored by the Economic Club of New York.

“Our leaders and [China’s] leaders have to discuss the limits beyond which they will not push threats, and how to define that,” Kissinger said, adding that a these talks must be designed in such a way that they can be conducted over a long period of time, across administrations of both parties.

“You can say this is totally impossible, but if it is, we will slide into a situation similar to World War I,” he continued, pointing out that during the years leading up to the outbreak of war in the summer of 1914, the conventional wisdom then, as today, was that war between the great powers was not conceivable.

But even as world leaders at that time didn’t take the threat of war seriously, they were simultaneously building military capabilities and strategies that made it more likely. There are parallels to that technological race and the one occurring today, as the U.S. and China compete for unassailable dominance in domains like artificial intelligence.

Instead of striving for such dominance, he argued, we should “think of an economic world in which no other country should be able to blackmail us, but where that objective is not designed in such a way that all potential technological capabilities in other countries have to be confronted and reduced.

“This is a big challenge for any administration, and it’s not a partisan challenge, it’s a historic challenge because we can’t review it every four to eight years, and if we cannot get clear in our own country about this, we can’t deal with other countries,” he added.

U.S.-China relations have receded somewhat from the spotlight in the American political discourse as the COVID-19 epidemic and issues of racial justice and policing have overshadowed the ongoing trade conflict and disputes over Hong Kong’s independence from the mainland. But the Trump administration has sought to blame China, where the novel coronavirus originated, for the international epidemic while it has continued to take a hard line on Chinese companies like the owner of the popular TikTok video-sharing app.

Meanwhile, the Democratic Party has become more united in its desire to strike a combative posture with China. Democratic nominee Joe Biden once championed China’s accession to the World Trade Organization but has recently argued that the U.S. should join with its allies to “confront China’s abusive behaviors and human rights violations,” in an article in Foreign Affairs earlier this year.

“The United States does need to get tough with China. If China has its way, it will keep robbing the United States and American companies of their technology and intellectual property,” he wrote. “It will also keep using subsidies to give its state-owned enterprises an unfair advantage—and a leg up on dominating the technologies and industries of the future.”

Kissinger argued that the nature of the technologies and industries of the future make the current U.S.-China conflict a particularly dangerous one, because it’s possible that technologies like artificial intelligence lend themselves to zero-sum thinking and winner-take-all outcomes.

“The last time we have a comparable technological change was hundreds of years ago, during the enlightenment, when printing was invented and it enabled the unprecedented distribution of knowledge,” Kissinger said.

The essential difference between that time and now, however, is that there was a concurrent flowering of philosophical thinking that created conceptual frameworks for societies to deal with what this new technology had wrought. Kissinger warned, “In the present world, technological thinking is way ahead of conceptual thinking.”