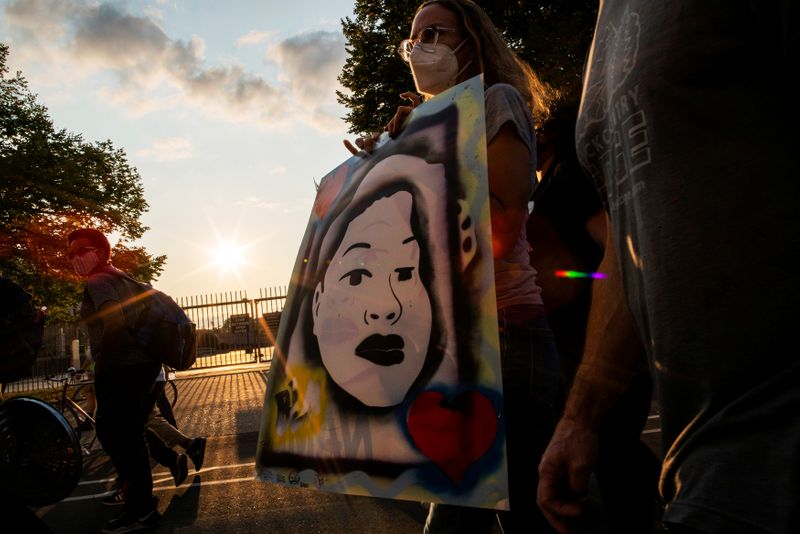 © Reuters. Protesters march during a peaceful protest after a grand jury decided not to bring homicide charges against police officers involved in the fatal shooting of Breonna Taylor, in Louisville

The development comes after an unidentified juror filed a court motion asking to make the details public, the report https://wapo.st/344XU96 added.

Protests erupted in Louisville and several other U.S. cities following the announcement last week that the grand jury would not bring murder charges against three police officers involved in the March 13 shooting of Taylor in her home during the execution of a search warrant.

The grand jury decided against charging any of the officers involved with wrongdoing in Taylor’s death, but charged one officer with wanton endangerment for stray bullets that struck a neighboring apartment.

The attorney general will share the information Wednesday on a judge’s order, despite concerns the release could compromise an ongoing investigation and cause other repercussions, the newspaper said citing a statement from spokeswoman Elizabeth Kuhn.

Kuhn did not immediately respond when Reuters contacted late on Monday.

Earlier in the day, lawyers for Taylor’s family and Kentucky Governor Andy Beshear had called on Cameron to make evidence in the case public.