Japan presses on with Olympics preparations despite surging coronavirus cases 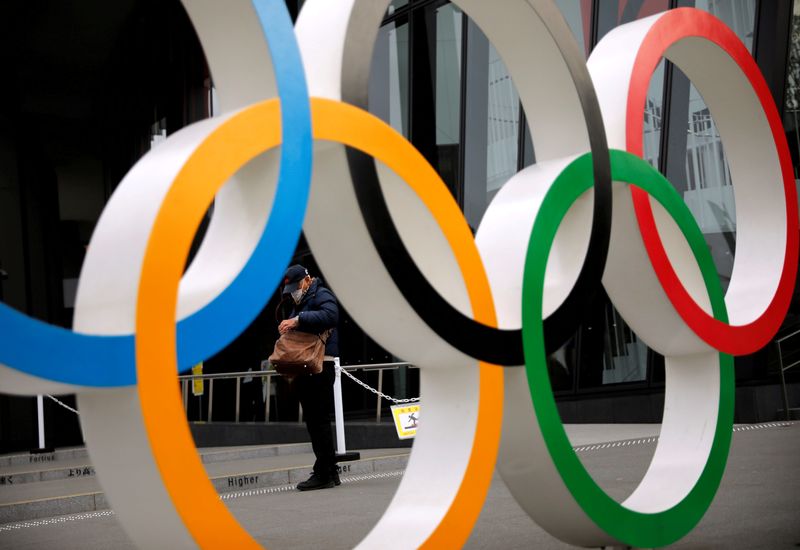 © Reuters. FILE PHOTO: Man is seen through the Olympic rings in Tokyo

TOKYO (Reuters) – Japan’s government is continuing with preparations to hold the Tokyo Olympics this summer as planned, following a postponement because of the coronavirus pandemic, chief cabinet secretary Katsunobu Kato said on Wednesday.

Japan has repeatedly insisted it will hold the Games despite opinion polls showing a majority of respondents want them postponed again or cancelled.

“Right now we’re working as one with everybody involved in organising the Games to host them successfully,” Kato told a regular news conference.

Suga told Gates the Games were “very important” and would “definitely” go ahead, Kyodo news agency quoted Niinami as saying.

But Kato said Suga did not make that comment to Gates.

“I’ve checked and as far as I know, that expression was not used,” Kato said.

Japan is grappling with a third wave of the coronavirus, with infections hovering at a record-high.

The Olympic Games were originally due to take place in 2020.