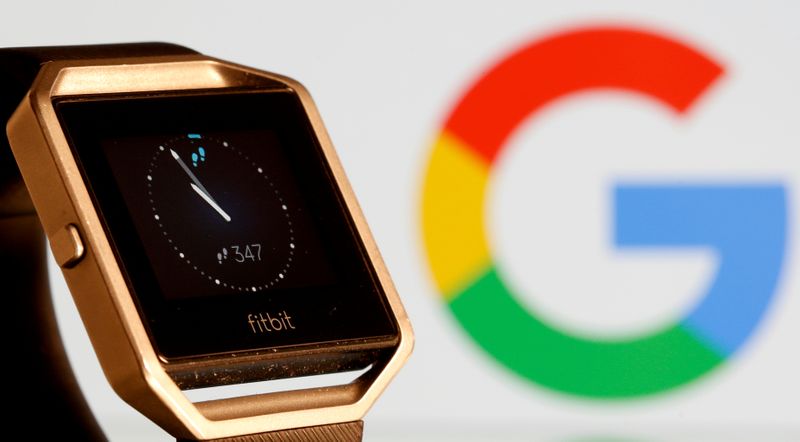 © Reuters. FILE PHOTO: Fitbit Blaze watch is seen in front of a displayed Google logo in this illustration

TOKYO (Reuters) – Japan’s antitrust watchdog can open a probe into any merger or business tie-up involving fitness tracker maker Fitbit (N:) if the size of such deals was big enough, Kazuyuki Furuya, the new chairman of the Fair Trade Commission (FTC), said on Monday.

EU antitrust regulators in August launched an investigation into a $2.1 billion deal by Alphabet (O:) unit Google’s bid to buy Fitbit, a move aimed at taking on Apple (O:) and Samsung (KS:) in the wearable technology market.

“If the size of any merger or business tie-up is big, we can launch an anti-monopoly investigation into the buyer’s process of acquiring a start-up (like Fitbit),” Furuya told Reuters in an interview.