Italy to rethink vaccine roll out if supply problems persist 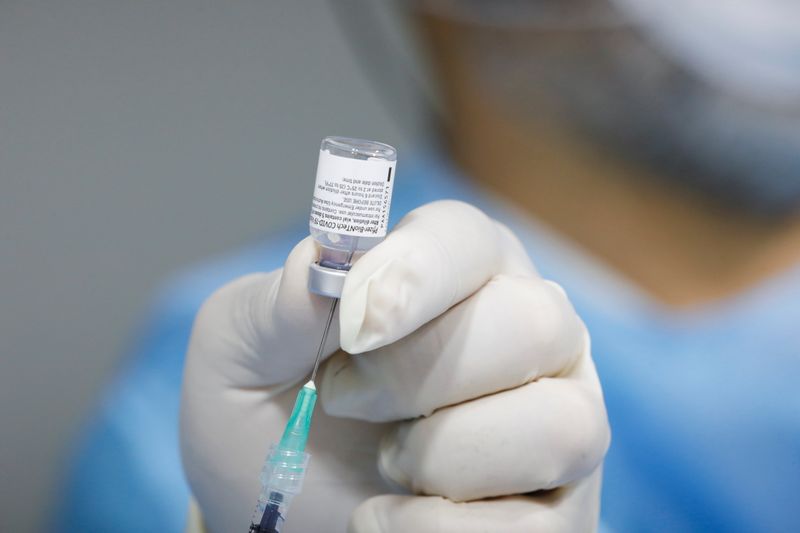 MILAN (Reuters) – Italy has had to cut its daily roll out of COVID-19 shots by more than two thirds and will have to rethink its whole vaccination programme if supply problems persist, a senior health official said on Saturday.

Vaccinations have slowed to 20,000-25,000 a day from peaks of more than 90,000 around two weeks ago, after delays in deliveries from U.S. drugmaker Pfizer Inc (NYSE:), Franco Locatelli, the head of Italy’s higher health council, said.

Now that AstraZeneca (NASDAQ:) Plc has also warned of cuts in deliveries to its doses – even as they await clearance for use in the bloc – Italy might have to redraw its national plan at the end of the month, he told a press conference.

Rome has threatened to sue Pfizer which said last week it was temporarily slowing supplies to Europe to make manufacturing changes that would boost output.

Pfizer’s vaccination deliveries to Italy were 29% lower this week and would be down 20% next week, though they should return to agreed levels from Feb. 1, Locatelli said.

On Friday, a senior official told Reuters AstraZeneca had told the European Union it will cut deliveries of its COVID-19 vaccine to the bloc by 60% because of production problems.

“The reduction calls for a rethinking of the vaccine roll out we had initially envisaged. We’ll have to consider matters towards the end of January,” Locatelli said.

So far 1.312 million doses of vaccine had been injected in Italy, corresponding to around 70% of deliveries, placing Italy second in Europe after Germany, Locatelli said.

Nearly 40,300 people have completed the vaccination cycle after receiving the second dose, he added.

The Pfizer vaccine requires two injections, given around 21 days apart, to prime the immune system to fight off the coronavirus.

Locatelli said a gap of 28 days was needed between shots of the vaccine by Moderna (NASDAQ:) Inc which Italy is using alongside Pfizer’s.